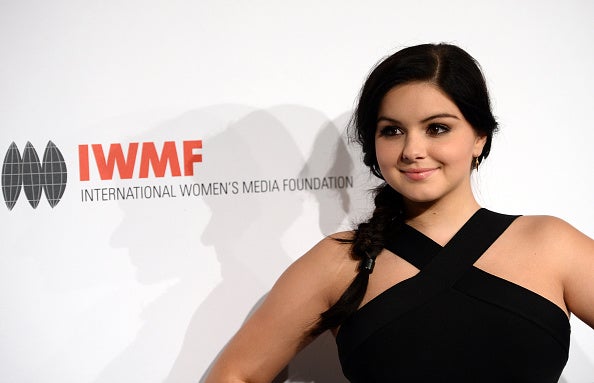 People can be such animals on social media. Just ask Ariel Winter.

“Modern Family” star Winter has once again found herself the target of online criticism, this time for voicing her criticism of animal testing.

The actress took to Instagram on Thursday to encourage her followers to sign a petition to ban animal testing.

“Put on your bunny ears to show you are #ForeverAgainstAnimalTesting. Sign the petition to ban animal testing in cosmetics globally!” Winter wrote in the post, which also featured a picture of Winter holding her hands at the side of her head, to approximate bunny ears.

Though Winter found her  share of supporters in the comments section, the post quickly went down the rabbit hole of social-media bickering, with the actress catching flak on a number of fronts.

“As much as I would prefer not to test on animals… testing on animals is better than testing on humans,” one commenter noted.

“and yet you took pictures with wild birds in chains….,” another response read.

“If you say ‘better to test on animals than humans’ you really need to give your head a good shake…,” suggested another comment.

“The nerve of some people. I bet your makeup and hair dye was tested on animals and contain animal products,” went another response.

“I love you, your confidence and your honesty, but to say that after posting a picture with wild animals in chains? Both you and Sofia are my all time favorite actresses, but, come on…,” wrote another commenter.

“The girl who went to a party where birds were used as party props,” wrote another detractor.

“Are the lashes you wearing cruelty free tho,” another asked.

“Stupid people that don’t understand science are against animal testing,” one detractor asserted.

Winter has frequently been the target of social-media criticism. Most recently, on Memorial Day, the actress was taken to task for posting a photo of herself in a bikini, which some critics felt trivialized the importance of the holiday.

“Respect the memorial day,” cautioned one commenter, who punctuated the comment with an eye-rolling emoji.

“bc nothing says happy Memorial Day like sneak peak at her pubes,” offered another.

Put on your bunny ears to show you are #ForeverAgainstAnimalTesting. Sign the petition to ban animal testing in cosmetics globally! Link in bio. #thebodyshop @crueltyfreeintl @thebodyshop #ad

The actress later published an Instagram post stating, “Could not be more grateful to all of the men and women who risk their lives to protect ours and our freedom. We are all forever indebted to your service. Thank you.”

TV star has grown up before our eyes

Ariel Winter is best known for her role as middle sister Alex Dunphy on ABC's long-running hit comedy series "Modern Family." The show is now in its eighth season, and when Winter started on it she was just a kid. Now, the actress is 19 years old and has become an icon of body positivity, despite recent criticism online. Scroll through to watch her evolution over the years.