On Tuesday, Arizona Congresswoman Debbie Lesko (R) spoke in Congress during a debate over gun legislation and, accidentally, said she would do whatever it takes to “protect” her own grandchildren, including killing them. 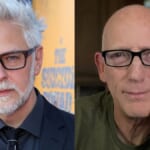 She appears to have left something out of her intended remarks – she certainly denies that she intended to suggest that she would shoot her grandchildren. Likely what she meant was in the case of some imaginary, extremely unlikely threat that she would need to shoot. After all, the overwhelming evidence is that almost none of America’s episodes of gun violence or mass shootings have been prevented or even mitigated by other people on the scene with guns.

Democrats, she said, want to “take away my right, my right, to protect my grandchildren. They wanna take away the rights of law abiding citizens to protect their own children, and grandchildren, and wives and brothers and sisters. This bill takes away due process from law abiding citizens. Can you imagine if you had a disgruntled ex, or somebody who hates you ’cause of your political views, and they go to a judge and say, ‘Oh, this person is dangerous,’ and that judge would take away your guns, lean on the side of conservatism, take away their guns, without that person even having a knowledge that there was a court hearing that would take away their guns?” 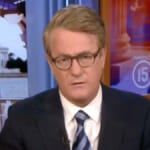