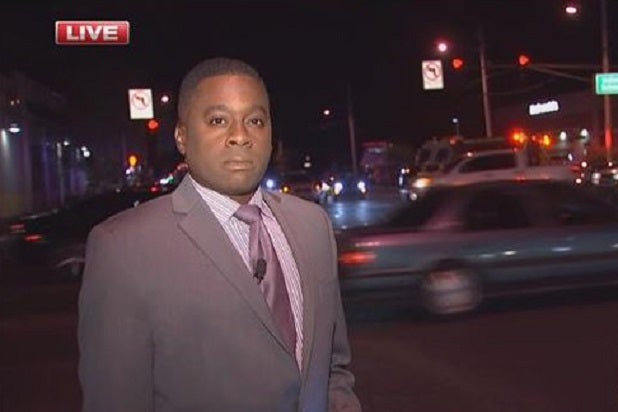 Lowe found himself in deep doo-doo on Monday when he was arrested for pooping in the front yard of a Goodyear, Arizona, home.

A spokesperson for the Goodyear Police Department told TheWrap that media were covering a story in a local neighborhood when Lowe apparently felt the need to relieve himself. Lowe allegedly sought relief in the front yard of a home, toward the side of the house.

Unfortunately, an eagle-eyed neighbor across the street spotted Lowe doing his business and reported it to police.

Lowe was arrested for violating the city code against public urination, cited and released.

Hey — at least he wasn’t spouting crap on the air, like a lot of TV reporters.