Dahl was known for her movie roles in “Journey to the Center of the Earth” and “Night of the Warrior” with son Lorenzo Lamas. She also brought her talents to television in the long-running soap “One Live to Live” from 1981 to 1984 where she portrayed Lucinda Schenck Wilson. The role was originally as a guest star but she later was offered a one-year contract to appear on the series.

“Mom passed away this morning in New York. She was the most positive influence on my life,” he wrote. “I will remember her laughter, her joy, her dignity as she navigated the challenges that she faced. Never an ill word about anyone crossed her lips. Her ability to forgive left me speechless at times. She truly was a force of nature and as we got closer in my adult life, I leaned on her more and more as my life counselor and the person I knew that lived and loved to the fullest. My sympathies go to her loving husband @marcrosennyc who,for the last 37 years,made her life so wonderful and joyous. Love you mom forever ♥️ #ArleneDahl #Moviestar #legend #mom #RIP 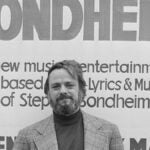 Dahl was born in Minneapolis and is of Norwegian heritage. Following high school she joined a local drama group and did a variety of odd jobs including modeling for department stores. She arrived in Hollywood in 1946, and signed a short-lived contract with Warner Brothers. However, her name is most commonly associated with her work under contract at MGM.

Included in her filmography is “The Bride Goes Wild,” (1948) which starred Van Johnson and June Allyson.

She left movies in 1959 and parlayed her reputation as a classic beauty into becoming a beauty columnist and later a businesswoman, founding Arlene Dahl Enterprises which marketed lingerie and cosmetics. She said in 1978, “I like acting but I had better like business better or I’ll lose my shirt.”

She was married six times. Two husbands were actors Lex Barker and Fernando Lamas. She is survived by her husband Marc Rosen, son Lamas, as well as two other children, grandchildren and great-grandchildren. 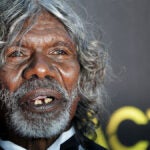