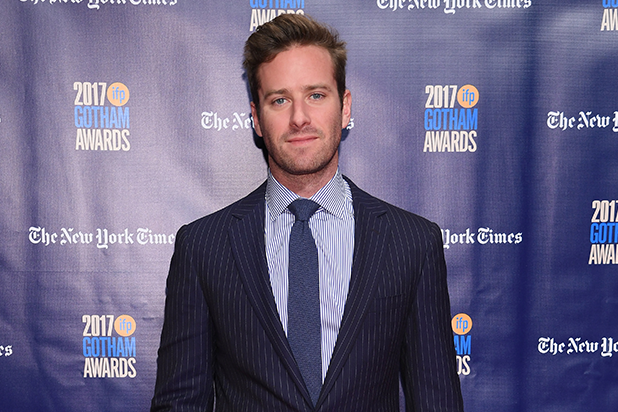 Armie Hammer has issued an apology to Casey Affleck, after calling out Affleck over what he perceived to be a “double standard” over misconduct in the entertainment industry.

Hammer initially made the comment in a Hollywood Reporter story, pointing out that Affleck had been accused of sexually harassing crew members while making the film “I’m Still Here” in 2010, but still managed to take home an Oscar for “Manchester by the Sea” this year, while “Birth of a Nation” director Nate Parker had suffered career repercussions over a prior sexual assault accusation.

Also Read: Petition Launched to Boot Casey Affleck From Next Year's Oscars Over Past Harassment Accusations

On Friday, Hammer issued an apology, also to The Hollywood Reporter, saying that he “misspoke” and “conflated” sexual harassment and sexual assault.

“I would like to sincerely apologize to Casey and his family for my recent comments about him in my THR interview,” Hammer said. “Without knowing the facts about the civil lawsuits at issue (which I now understand were settled), I misspoke. I conflated sexual harassment cases with a criminal case involving sexual assault charges.”

In 2010, Affleck was hit with two lawsuits accusing him of misconduct while filming “I’m Still Here,” the documentary about actor-turned-rapper Joaquin Phoenix.

In one case, Affleck was sued and accused of calling women “cows” and ordering a crew member to expose himself as a joke.

In the other, “I’m Still Here” cinematographer Magdelena Gorka said that Affleck joked that she should have sex with a camera assistant, and that she once woke up in bed with Affleck to find him wearing a T-shirt and underwear, stroking her back.

While the suits were ultimately settled out of court, the cases have received renewed attention more recently. Earlier this year, filmmaker Cameron Bossert launched a petition for the Academy of Motion Pictures Arts and Sciences to uninvite Casey Affleck to this year’s Oscars because of the accusation.

Similarly, the fact that Parker and a friend were arrested and tried for the sexual assault of an unnamed Penn State classmate in 1999 resurfaced last year, sending the awards campaign for his critically acclaimed film “The Birth of a Nation” into a tailspin, despite the fact that Parker was acquitted of the charges in 2001.