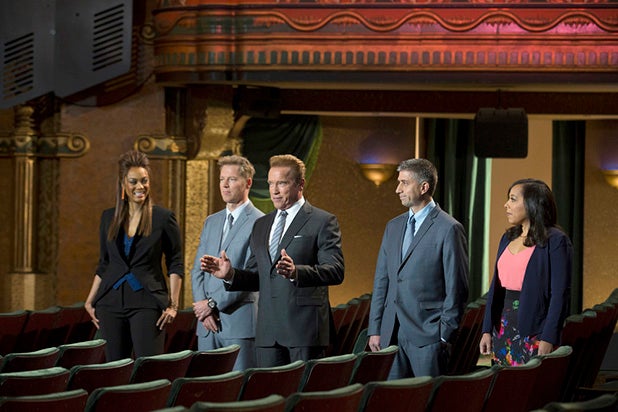 Millions of Americans may not need or want Donald Trump, but NBC sure does.

Arnold Schwarzenegger’s debut as NBC reality competition host on Monday night was beaten down by “The Bachelor” — it couldn’t even keep pace with CBS sitcoms in terms of total viewers.

Fox was fourth in ratings with a 0.9/3 and in viewers with 2.9 million. A “MasterChef Celebrity Showdown” special was the only telecast on its primetime schedule.

Univision and Telemundo tied for fifth in ratings, both with a 1.2/4. Univision was fifth in total viewers, with 1.9 million, Telemundo was sixth with 1.8 million.

The CW was seventh in ratings with a 0.3/1 and in viewers with 923,000. Night 2 of the “iHeartRadio Music Festival” was the lone broadcast on the youngest-skewing net’s schedule.