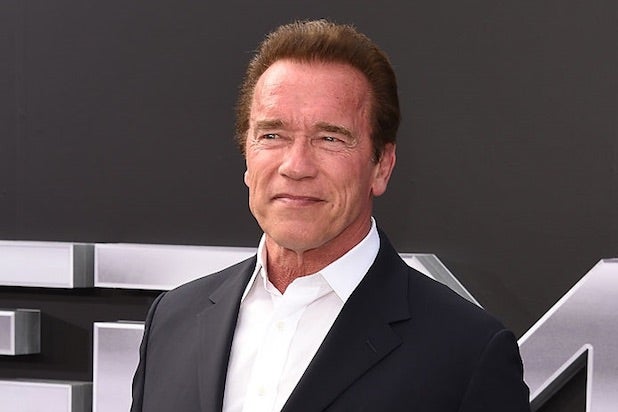 Former Governator of California Arnold Schwarzenegger is one of many who aren’t happy with how President Trump addressed the violence at a white supremacist rally in Charlottesville, Virginia, that left a counter-protestor dead.

In a video posted to ATTN Thursday, Schwarzenegger gave a stern message to the president.

“There are not two sides to bigotry, and there are no two sides to hatred,” Schwarzenegger began, referencing Trump’s announcement that there were “many sides” at fault over the violence.

“And if you choose to march with a flag that symbolizes the slaughter of millions of people, there are not two sides to that,” Schwarzenegger continued. “The only way to meet the loud, angry voices of hate, is to meet them with louder, more reasonable voices.”

The “Terminator” star also said it’s the president’s “moral responsibility to send an unequivocal message that you won’t stand for hate and racism.”

Schwarzenegger addressed “the neo-Nazis, to the white nationalists, and to the neo-Confederates,” bringing in some of his personal history to demonstrate his point: “Your heroes are losers. You are supporting a lost cause. And believe me, I knew the original Nazis, because you see, I was born in Austria in 1947, shortly after the Second World War. And growing up, I was surrounded by broken men, men who came home from a war filled with shrapnel and guilt, men who were misled into a losing ideology. And I can tell you: that these ghosts you idolize spent the rest of their lives living in shame and right now, they’re resting in hell.”

He finished the video on a positive note, saying it’s “never too late to make the choices to learn and to evolve and to understand that all human beings have equal value.”

“You are so lucky to live in a country that gives you every right to say horrible things, but think about how you can actually use that power for something good.”

Arnold Schwarzenegger has a blunt message for Nazis.