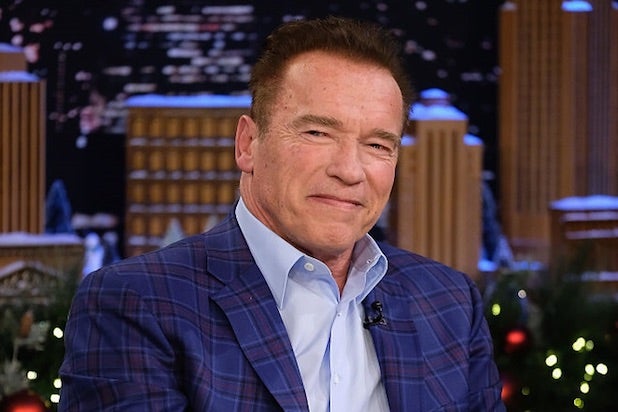 Arnold Schwarzenegger is in his home country of Austria this week for the Special Olympics World Games, and he posted a Facebook video Thursday with some of the competitors talking about how he’s inspired by them. But not all of his Facebook followers, apparently, got the same inspiration.

In response to the video, one commenter wrote that the “Special Olympics make no sense,” before using a derogatory term for mentally-challenged people. But instead of simply deleting the post, Schwarzenegger decided to fight back in a much more visible — and brutal — way.

“As evil and stupid as this comment is, I’m not going to delete it or ban you (yet) because it’s a teachable moment.

You have two possible paths ahead. Right now, I guarantee you that these athletes have more courage, compassion, brains and skill — actually more of every positive human quality than you.

So take their path — you could learn from them, and try to challenge yourself, to give back, to add something to the world. Or you can stay on your path, and keep being a sad pitiful jealous Internet troll who adds nothing to the world but mocks anyone who does out of small-minded jealousy.

I know that all you really want is attention, so let me be clear. If you choose to keep going this way, no one will ever remember you.”

Also Read: Arnold Schwarzenegger Vows 'To Bring Sanity to Washington' But Not With Senate Run

One Schwarzenegger and Special Olympics supporter summed it up nicely:

Another reason why I admire @Schwarzenegger. He knows how to CRUSH trolls. ??????’? pic.twitter.com/R1m070HKwn