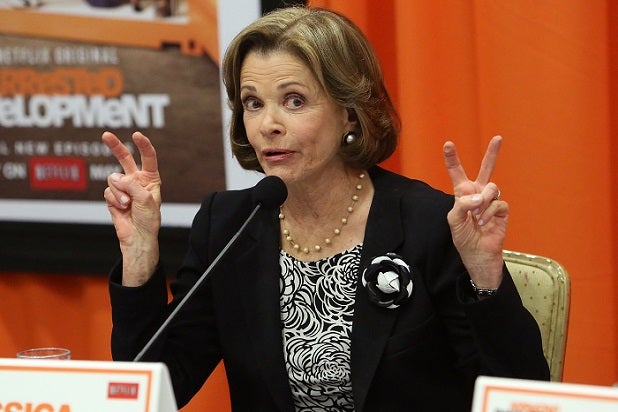 Jessica Walter is once again taking a trip to TV Land.

Walter, known to cult-TV fans everywhere as Bluth family matriarch Lucille on “Arrested Development,” has joined the cast of the TV Land pilot Jennifer Falls, opposite “My Name Is Earl” alum Jaime Pressly.

Also read: ‘Arrested Development’ in Talks for Another Season on Netflix

Walter will play Maggie, the mother of Jennifer Doyle (Pressly). Doyle is described as a career woman and mother who moves back in with her ow mother when she loses her high-paying job. With a teenage daughter in tow, Doyle must face her new life, trying to reconnect with old friends in her hometown and making ends meet as a waitress in her brother’s bar.

Maggie is a charming, narcissistic psychotherapist with boundary issues who’s warm and welcoming to her daughter.

Previously, Walter starred on the TV Land comedy “Retired at 35,” with George Segal.