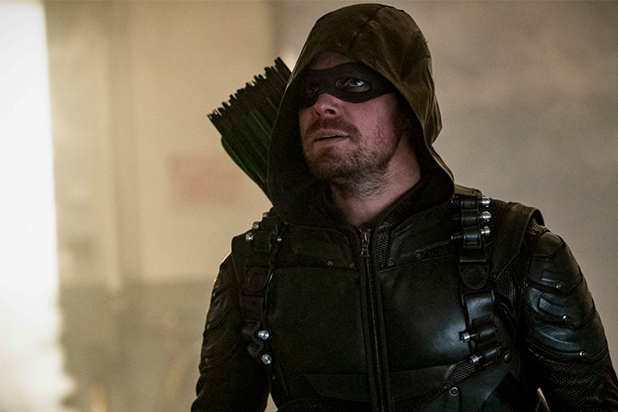 The CW’s Arrowverse is about to get a little smaller, as “Arrow” — the show that kicked off the network’s DC Comics-inspired programming — will be ending with its upcoming eighth season, TheWrap has learned.

And this final chapter of the Stephen Amell-led superhero drama will be an abbreviated one, with a 10-episode order set to air during the 2019-20 season.

“This was a difficult decision to come to, but like every hard decision we’ve made for the past seven years, it was with the best interests of Arrow in mind,” executive producers Greg Berlanti, Marc Guggenheim and Beth Schwartz said in a statement. “We’re heartened by the fact that Arrow has birthed an entire universe of shows that will continue on for many years to come. We’re excited about crafting a conclusion that honors the show, its characters and its legacy and are grateful to all the writers, producers, actors, and — more importantly — the incredible crew that has sustained us and the show for over seven years.”

Amell also tweeted the news himself Wednesday, writing: “Playing Oliver Queen has been the greatest professional experience of my life… but you can’t be a vigilante forever.  Arrow will return for a final run of 10 episodes this Fall. There’s so much to say… for now I just want to say thank you.”

Playing Oliver Queen has been the greatest professional experience of my life… but you can’t be a vigilante forever.

Arrow will return for a final run of 10 episodes this Fall.

There’s so much to say… for now I just want to say thank you.

Currently airing its seventh season, “Arrow” was renewed for another season in January, along with several other CW series, including its companion shows “Supergirl,” “The Flash,” and “DC’s Legends of Tomorrow.” At the time, it was not revealed that the upcoming Season 8 would be the show’s last.

Based on DC’s Green Arrow comics and produced by Warner Bros Television, “Arrow” premiered in 2012. The series stars Amell as the titular superhero, real name Oliver Queen, who returned home to Starling City five years after being presumed dead in a shipwreck, at which time he created the superhero persona of Green Arrow to fight crime in the city.