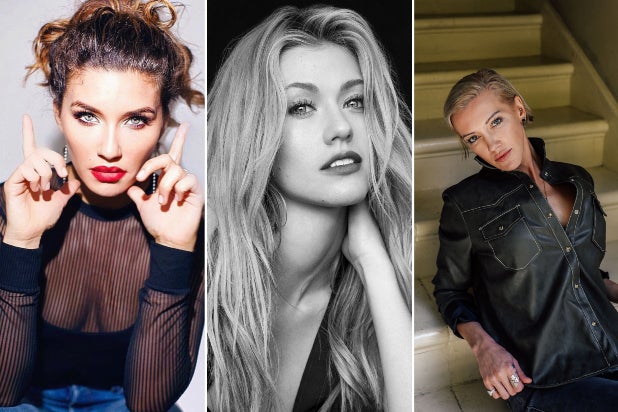 The CW is not done with the world of “Arrow.” The network is developing a spinoff that would take place well into the future, focusing on Oliver Queen’s (Stephen Amell) daughter who takes up her father’s mantle.

Katherine McNamara was introduced in the last season of “Arrow” as the adult version of Queen’s daughter, Mia Smoak, during a flash-forward scene set in the year 2040. McNamara would star in the new series with Katie Cassidy and Juliana Harkavy, who have portrayed two different versions of Black Canary (now known as “The Canaries”).

The potential series will get a backdoor pilot during the final season of “Arrow,” which begins Oct. 15. It would be the seventh show set inside the “Arrowverse,” along with “The Flash,” “Legends of Tomorrow,” “Supergirl” and newcomer “Batwoman.” “Arrow” will end its eight-season run sometime early next year. McNamara was promoted to a series regular for the final season.

Cassidy has actually played two different versions of her character, Laurel Lance, one in the primary “Earth-1” universe and a second in “Earth-2.” In “Earth-1”, Lance was the original Black Canary, who dies in Season Four. Cassidy also appeared in fellow “Arrowverse” shows like “The Flash” and “Legends of Tomorrow” as an alternate-universe version of Lance who goes by Black Siren, who ends up posing as the now-deceased Lance on Earth-1, before eventually joining up with Team Arrow.

Her and Harkavay’s Dinah Drake — who is now the new Black Canary in the main Earth-1 timeline — also appeared in that 2040 flashforward, now operating as part of a vigilante group called the Canary Network.