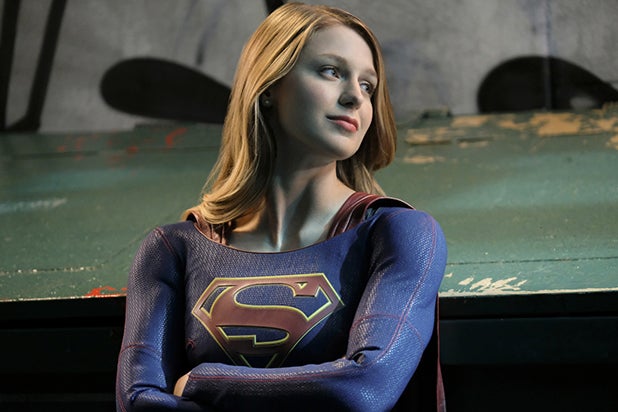 It looks like Supergirl and Batwoman are fast friends.

“Supergirl” star Melissa Benoist shared a photo with Ruby Rose as Batwoman to Instagram on Friday, making us even more excited for the upcoming “Arrowverse” crossover on The CW. “indicative of my excitement that she’s here and kicking ass,” she captioned the photo.

The crossover — titled “Elseworlds” — will introduce Rose as the out superhero before getting her own show on The CW from from executive producers Greg Berlanti and Caroline Dries.

Benoist has been busy sharing photos for fans since production started on the three-night event.

Last week, she shared a photo with Tyler Hoechlin, who is reprising his role as Superman for the “Elseworlds”-themed crossover, and Elizabeth Tulloch, who will be joining the heroes as Lois Lane.

“Two kryptonians and a journalist walk into a crossover,” Benoist captioned that one.

The crossover event will cause a few shakeups to the network’s regular schedule. “The Flash,” which usually airs on Tuesdays, will kick off the three-night crossover on Sunday, Dec. 9, followed by “Arrow” on its regular Monday night, and then “Supergirl” — which airs on Sundays this season — in a special slot on Tuesday.

For everything we know about the crossover, head over here.

indicative of my excitement that she’s here and kicking ass @rubyrose ????‍♀️