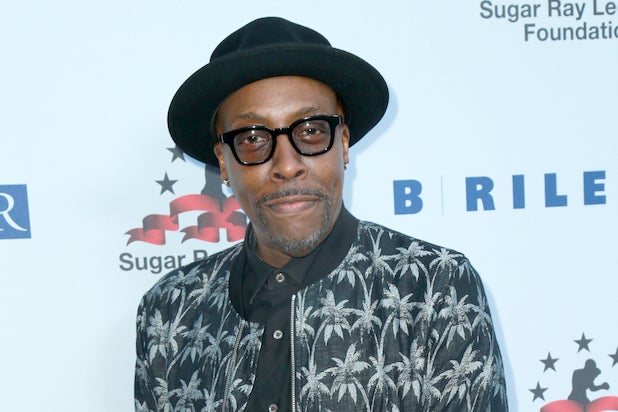 Arsenio Hall is about to make his standup comedy special debut with Netflix’s “Arsenio Hall: Smart & Classy,” the comedian said Tuesday. Yes, it’s hard to believe, but the special marks not just Hall’s first with the streaming service, but his first-ever hourlong set for television.

Here’s the description for the special, which will launch Oct. 29:

The comedian also starred alongside Eddie Murphy in the 1988 classic “Coming to America” as Prince Akeem’s (Murphy) companion Semmi. He will reprise the role for the forthcoming sequel “Coming 2 America,” which is also a Netflix project.

Arsenio has also been a guest co-host for both “The View” and “Access Hollywood Live” and won the 2013 season of “Celebrity Apprentice.”

See his video announcing the upcoming comedy special below, in which he says, “There’s nothing more important than laughter.”

It’s not coming on till October 29th, but I can’t wait any longer to tell you. “I’m so excited, and I just can’t hide it”. My first @NetflixIsAJoke standup special! #standupcomedy ????@netflix ???? ???? #smartandclassy pic.twitter.com/f0LI9RSIZ5