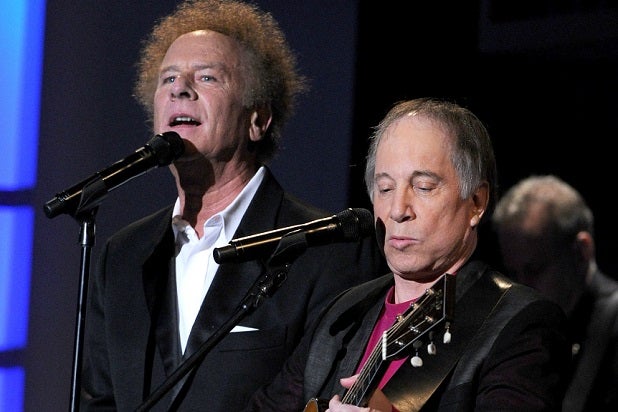 It sounds like Art Garfunkel is still navigating troubled water when it comes to his music career with Paul Simon.

Garfunkel, one half of the tremendously successful duo Simon & Garfunkel, lashed out at his former collaborator in a new interview published by the Telegraph, saying that he “created a monster” when he first befriended Simon.

Oh, and he also made note of the fact that Simon is shorter than him.

In the interview,Garfunkel told Nigel Farndale that he initially befriended Simon out of sympathy for Simon, because of his diminutive height.

“And that compensation gesture has created a monster,” Garfunkel added.

Asked whether there is an issue regarding height between the two, Garfunkel replied, “I think you’re on to something. I would say so, yes.”

Before splitting up in 1970, Garfunkel and Simon recorded a number of iconic hits, including “Mrs. Robinson,” “The Sound of Silence” and “Bridge Over Troubled Water.” Despite their oft-rocky relationship, the pair have reunited a number of times, including for a 1981 concert in New York’s Central Park that drew more than half a million attendees.

Despite his monstrous claim, Garfunkel left himself open to performing again with Simon, saying it was “quite do-able.”

“Will I do another tour with Paul? Well, that’s quite do-able. When we get together, with his guitar, it’s a delight to both of our ears,” Garfunkel said. “A little bubble comes over us and it seems effortless. We blend. So, as far as this half is concerned, I would say, ‘Why not, while we’re still alive?’ “