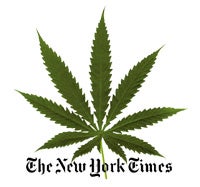 Here is a selection — culled from various sources and streams — from Internet Week and elsewhere:

>> “AOL is a start-around” – David Eun, AOL Media and Studios, on  “acting like a start-up” while in a turnaround

>> “If you become obsessed with only traffic, then you lose your DNA” – Arianna Huffington, Huffington Post

>> "The easiest way [to get traffic] is to do lowest common denominator traffic, and we do some of them" — Huffington

>> “Cracked didn’t have ‘week’ in the title, so we bought it” — Joanne Bradford, Demand Media

>> "If we weren’t getting arrows we wouldn’t be doing our job" – Tim Armstrong, AOL, on critics

>> "At the New York Times it’s the hour of dour most of the day, so they’re a little leaden-footed in the way they dance around the boxing ring” – Robert Thomson, Wall Street Journal

>> “The first thing you have to ask yourself is, ‘Why would anybody watch this?’ If you can’t come up with a good reason, don’t make [the video]" – Ricky Van Veen, College Humor