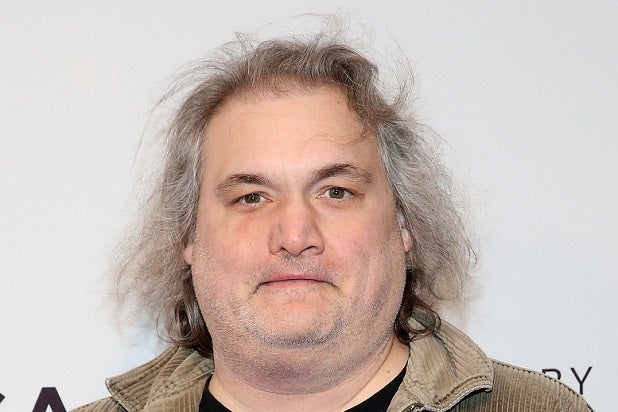 Comedian Artie Lange was arrested Tuesday in Essex County, New Jersey, for violating the terms of his drug rehabilitation program. He is currently being held at Essex County Correctional Facility in Newark.

“We received an arrest warrant from drug court for Artie Lange. We executed that arrest warrant without incident at 07:42 hours today,” Kevin Lynch, a public information officer for the Essex County Sheriff’s Office, on behalf of Sheriff Armando Fontoura, confirmed to TheWrap on Tuesday.

Katherine Carter, a public information officer for the Essex County Prosecutor’s Office, confirmed that the reason for his arrest was that “he was not compliant with the terms of the drug program that he was in as part of drug court.”

Carter could not elaborate on the nature of the violation due to drug court’s strict confidentiality rules, but said that “there will be a probation violation hearing at a later date.” The date of the hearing has not yet been set.

Also Read: Artie Lange Opens Up About Post-Rehab Cocaine Slip-Up: 'I Have Work to Do'

Lynch added, “We can only imagine that when these guys are released from jail or put in halfway house, they get a list of instructions — these things you have to do, these things you can’t do… We’re told by the court that they want to reevaluate him, as far as we know. What he did or didn’t do, we don’t know the specifics of.”

A representative for Lange has not yet responded to TheWrap’s request for comment.

The Mad TV star was at a halfway house called Freedom House in Clinton, New Jersey, at the time of his arrest.

Officials maintained that Lange has been well behaved while in custody.

“He’s not a problem,” Lynch said. “The sheriff spoke with Artie this morning. He told me Artie was sober, coherent and executing our commands to do certain things as far as processes without complaint. He was being a good boy.”

On January 31, TheWrap reported that Lange was in custody at Essex County Correctional Facility to “sober up” before being transferred to a “long term treatment facility,” according to his Twitter account. Earlier that week, he had reported for a drug test in state Superior Court in Newark after violating his probation by testing positive for cocaine, and again tested positive for the drug during the second test, NJ.com reported. According to the site, the comedian’s attorney, Frank Arleo, said Lange is on Suboxone, a medication used to treat opioid dependency, and also tested positive for morphine at the time.

Lange pleaded guilty in December 2017 to one count of third-degree possession of a controlled dangerous substance. In June 2018, he was sentenced to four years probation, as well as 50 hours of community service, and was ordered to undergo an outpatient rehabilitation program, where he was required to work a job while living at Freedom House halfway house.

A photo posted to Lange’s Twitter account on May 19 shows him working at a local New Jersey gas station. “Pumping gas and reading Howard Stern’s new book, which is great by the way,” the tweet read. “I’m reading about the POTUS when a guy yells at me ‘yo fill it with regular’ lol my crazy life!”

Artie reached out and asked us to post this for him: Pumping gas and reading Howard Sterns new book, which is great by the way. I read in 2004 Trump interview with me there. I’m reading about the POTUS when a guy yells at me “ yo fill it with regular” lol, my crazy life! pic.twitter.com/X5uMG74ONs