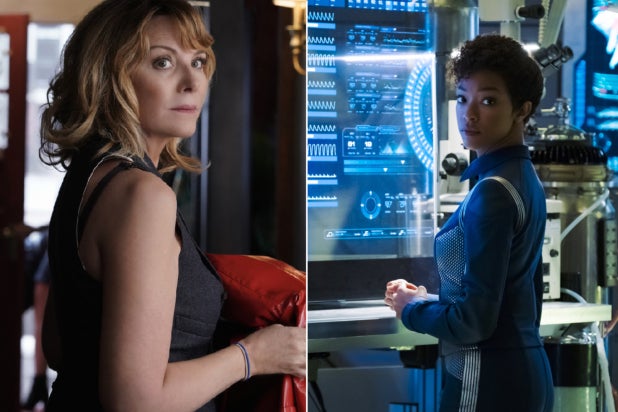 CBS All Access was launched a little over four years ago — Oct. 16, 2014 — and Marc DeBevoise remembers exactly what happened.

“We knew what the strategy was all along, we knew where we were headed and we knew what we wanted to do with it,” DeBevoise, president and COO of CBS Interactive, tells TheWrap. “Frankly, it was an incomplete product when we launched it.” But in the last couple of years, CBS Interactive, which runs All Access, has been working to transform the service into a major player in the streaming world.

The subscription streaming product, initially a way for non-TV subscribers to watch the CBS broadcast network, as well as the network’s catalog of shows like “The Brady Bunch” and “I Love Lucy,” debuted the day after HBO made its own announcement that it would too jump into the streaming space with HBO Now.

It wasn’t easy at first.

When CBS announced in late 2015 it was developing a new “Star Trek” TV show for All Access, it was supposed to be the streamer’s coming out party. However, “Star Trek Discovery” was beset by behind-the-scenes drama, including showrunner changes that resulted in delays. But CBS is confident the show is now on track under Alex Kurtzman. “‘Discovery’ remains on course for Season 2 in 2019,” the studio said in June.

Since then, CBS All Access has ramped up its original-scripted slate with shows from producers including Will Ferrell (“No Activity”) and Ridley Scott, whose “Strange Angel” was just renewed for a second season. All Access also has “Why Women Kill” from “Desperate Housewives” creator Marc Cherry on the horizon, and perhaps its buzziest project: a reboot of “The Twilight Zone,” led by Jordan Peele that has already cast Sanaa Lathan and Adam Scott.

The company is also expanding its “Star Trek” universe with the animated “Lower Decks” and an upcoming series that will star Sir Patrick Stewart as his “Next Generation” character, Jean-Luc Picard. A miniseries based on former FBI Director James Comey’s memoir is being developed by CBS TV Studios, with All Access as a potential landing spot.

“It is, of course, early days and the marketplace is very saturated,” Julie McNamara, executive VP, original content, CBS All Access, told TheWrap. “But we feel that we’ve taken really good first steps and are more than holding our own.” She said CBS All Access will have 10 originals on its slate in 2019.

CBS All Access lags behind the other major players in the streaming space. During the TCA press tour this summer, CBS said it had 2.5 million subscribers, with the goal of upping that number to 4 million in 2019 and 8 million by 2022. That is a far cry from Netflix, which has more than 60 million subscribers in the U.S. alone, while Hulu has more than 20 million paying customers.

In the next year, the streaming space will continue to grow, with WarnerMedia, Apple and Disney all launching their own direct-to-consumer offerings. But DeBevoise argues that when compared to other traditional media companies, CBS’ four-year head start gives them an advantage. “We’re in a place where we deeply understand that business. We were ahead of that curve.”

It also helps that David Nevins, who was just named chief creative officer for CBS Corp., will help steer CBS All Access’ content decisions. While All Access will still be led by McNamara, she argues it can only be a good thing to have Nevins, who built Showtime’s scripted originals business in the same building.

“It is wonderful anytime you have a smart creative person sitting next to you as you’re making the big decisions, I would never be unhappy about that,” she said.

On Wednesday, CBS All Access debuted the first episode of “Tell Me a Story,” its dark fairy tale-inspired drama that weaves in classic fables like “The Three Little Pigs” and “Little Red Riding Hood.” The series, created by Kevin Williamson (“Scream,” “The Following” “Dawson’s Creek”), also features Kim Cattrall’s first TV role since “Sex and the City.”

Williamson likened working with All Access on “Tell Me a Story” to his days on “Dawson’s Creek.” “It reminded me of ‘Dawson’s Creek’ when I was at The WB in the very beginning,” he said. “It was just a handful of people over there with a small little baby network just pushing along.”

A veteran of the traditional broadcast space with shows like “The Following,” “The Vampire Diaries” and “Stalker,” Williamson had grown tired of the broadcast pilot model, where as many as 90 different projects are being developed simultaneously under a big corporate umbrella. Although All Access is a part of CBS Corp., Williamson said it felt more like a smaller indie studio.

“You sort of feel like it’s more an intimate place to work, you’re getting notes from the people who are actually making the decisions,” he said. “It’s not being filtered through seven different development executives.”

It’s that relationship aspect that McNamara, who came over to All Access in 2016 after 10 years with CBS TV Studios, argues will keep the brand competitive. Williamson said that he felt like “one of their chosen children” when they picked up his show.

“People do want to feel that their project is in really good hands and that the people they’re working with feel that it’s as important to them as to the creator,” said McNamara. “That matters. I don’t think it’s always necessarily having the most money to bring to the table.”

But it’s not like All Access won’t spend the dollars it takes to compete in the prestige streaming space. Netflix, Apple, Hulu and Amazon are all spending ambitiously on big-time creative talent including Jennifer Aniston, Shonda Rhimes, Ryan Murphy and Kenya Barris.

“It’s not exactly as much, but we’re in the top tier of content spenders of all these companies. Our content spending is not something to laugh at,” said DeBevoise.

“When we decided to make a ‘Star Trek’ show for a premium space, we knew we were going to have to spend the kind of dollars to make that feel like it wouldn’t necessarily exist on a broadcast network,” said McNamara. “That was our burden and obligation to the fans.”