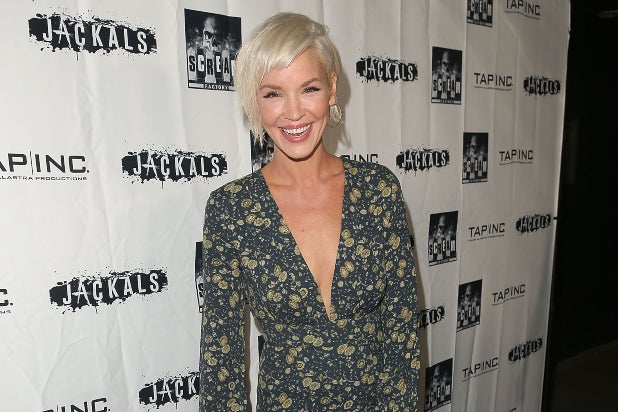 The CW is reaching far back into the DC Comics TV canon for its latest “Crisis on Infinite Earths” casting. Ashley Scott has joined the ever-expanding crossover event as Helena Scott aka The Huntress.

It’s the same role she played on the short-lived TV version of “Birds of Prey,” which lasted just one season in 2002 on The CW’s predecessor network, The WB. The series ran for 13 episodes before being canceled due to low ratings.

This is not to be confused with the upcoming “Birds of Prey” film, which will see Mary Elizabeth Winstead play the Huntress, alongside Jurnee Smollett-Bell as Black Canary and Margot Robbie returning as Harley Quinn from “Suicide Squad.” Ewan McGregor and Rosie Perez also star in the film.

The CW’s “Crisis on Infinite Earths” crossover continues to grow. The five-part event will include three different versions of Superman and two separate Lois Lanes, including “Smallville’s” Tom Welling and Erica Durance. Brandon Routh is also returning as the Man of Steel (he’ll play the “Kingdom Come” version, not the same character he played in the 2006 film “Superman Returns”).

Additionally, Burt Ward will appear in an unknown role — Ward played Robin in the 1960s “Batman” TV show with Adam West — and Kevin Conroy will also make an appearance on the five-hour event as Batman himself: Bruce Wayne. Conroy, who is well-known for providing the voice for the Caped Crusader in “Batman: The Animated Series” and “Batman Beyond,” will appear as an older Bruce Wayne from the future.

Also Read: 'Smallville' Star Michael Rosenbaum Says He Turned Down CW Crossover After WB Refused to Give Him a Script

The “Crisis on Infinite Earths” crossover, one of DC Comics most famous storylines, will be The CW’s biggest and span the midseason break. The crossover begins Dec. 8 with “Supergirl.” That will be followed by “Batwoman” and “The Flash” on Dec. 9 and 10, respectively. “Crisis on Infinite Earths” will wrap up on Jan. 14 with “Arrow” and “DC’s Legends of Tomorrow” going back-to-back.

TV Line was first to report on Scott’s casting.