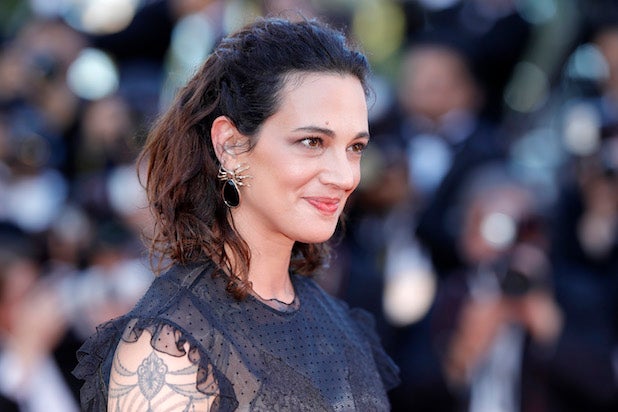 Asia Argento mourned the death of her boyfriend, celebrity chef Anthony Bourdain, on Friday, posting a message to her Instagram account saying that she is “beyond devastated” by his death.

“Anthony gave all of himself in everything that he did,” Argento wrote. “His brilliant, fearless spirit touched and inspired so many, and his generosity knew no bounds.”

The actress and director continued, “He was my love, my rock, my protector. I am beyond devastated.”

Argento added, “My thoughts are with his family. I would ask that you respect their family and mine.”

Bourdain died Friday at age 61 as a result of suicide, CNN reported. According to the BBC, his body was found in a hotel room in a Strasbourg, France, where he was shooting an episode for CNN’s “Parts Unknown,” now in its 11th season.

Argento is one of the dozens of women who have accused Harvey Weinstein of sexual assault and harassment. Argento came forward with her accusations against Weinstein as part of Ronan Farrow’s New Yorker piece that ultimately took the disgraced movie mogul down. Bourdain was always supportive of Argento. When Argento came forward with her accusations, Bourdain tweeted, “I am proud and honored to know you. You just did the hardest thing in the world.”

Argento directed the most recently aired episode of his series “Parts Unknown.”

Just 10 days ago, she shared a pretty production photo from their CNN shoot to her Instagram page.

Argento captioned: “@anthonybourdain on the Star Ferry to Kowloon at night. I directed the new episode for @partsunknowncnn, airing this Sunday night on @cnn — cinematography by Christopher Doyle @dukefeng52”

Bourdain was working as executive chef of the New York city restaurant Brasserie Les Halles when he shot to fame with his 2000 tell-all best-seller “Kitchen Confidential.”

Two years later, he launched his first TV show, “A Cook’s Tour,” on the Food Network. Three years later, he joined the Travel Channel with “Anthony Bourdain: No Reservations,” picking up two Emmy Awards, and in 2011, hosted “The Layover.”