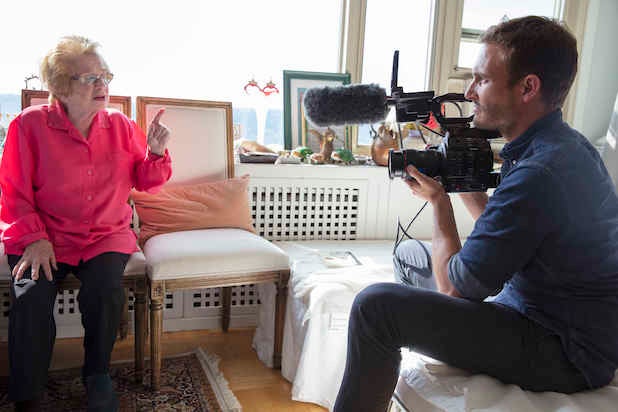 Ruth Westheimer, aka Dr. Ruth. is a legendary sex therapist known for her openness about the topic.

But while discussing the upcoming Hulu documentary that chronicles her life, “Ask Dr. Ruth,” during the Television Critics Association press tour Monday, Westheimer revealed she didn’t actually tell her own children about the birds and the bees — but she did give her now-adult grandson and his grade-school class a talk about the facts of life.

“The answer is no. I did not have the sex talk [with them]. I left that to my children,” she told reporters.

“If there is nobody in the household who can do it, father or mother, whoever it is, then a grandmother should do it or an aunt,” she said. “I never did it, except in the film you will see my grandson Ari say that I came to his classroom in the fourth grade in New York and did a sex talk and he says — now he’s 27 — he hasn’t recovered since.”

Westheimer added: “But I did do this one thing with my children, and then my children did with their children, left books about sex around.”

Directed by Ryan White, “Ask Dr. Ruth” follows the life and career of Westheimer, a Holocaust survivor who became America’s most famous sex therapist. It will hit Hulu on Friday, May 10, following a limited theatrical run the week prior.

Per Hulu, “With her diminutive frame, thick German accent and uninhibited approach to sex therapy and education, Dr. Ruth transformed the conversation around sexuality. As she approaches her 90th birthday and shows no signs of slowing down, Dr. Ruth revisits her painful past and unlikely path to a career at the forefront of the sexual revolution.”