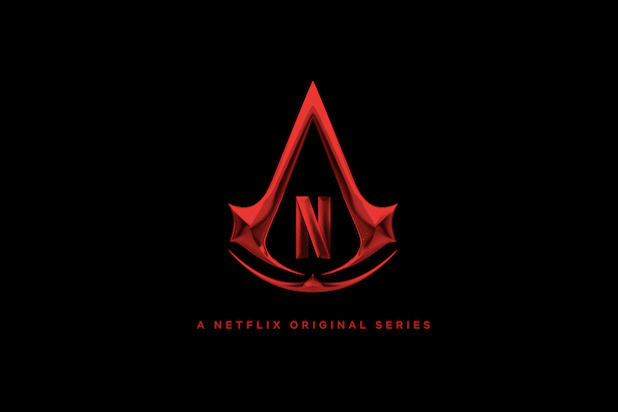 Netflix is developing a live-action “Assassin’s Creed” TV series as part of a new deal with Ubisoft that will see the streaming service create content based on the hit video game, the companies said Tuesday.

The potential show is described as “an epic, genre-bending live-action adaptation” of “Assassin’s Creed.”  A search is underway for a showrunner for the project, with Ubisoft Film & Television’s Jason Altman and Danielle Kreinik serving as executive producers.

The “Assassin’s Creed” video game franchise launched in November 2007 and has sold more than 155 million games worldwide, one of the best-selling series in video game history. The open-world action-adventure stealth games center on the battle between two secret orders — the Assassins, who fight for peace with free will, and the Templars, who try to achieve peace through order and control — as they use technology to access the memories of Assassins in the past.

Under Netflix and Ubisoft’s new agreement, the two will “tap into the iconic video game’s trove of dynamic stories with global mass appeal for adaptations of live-action, animated, and anime series,” per the companies.

“We’re excited to partner with Ubisoft and bring to life the rich, multilayered storytelling that ‘Assassin’s Creed’ is beloved for,” Peter Friedlander, vice president of original series at Netflix, said in a statement. “From its breathtaking historical worlds and massive global appeal as one of the best selling video game franchises of all time, we are committed to carefully crafting epic and thrilling entertainment based on this distinct IP and provide a deeper dive for fans and our members around the world to enjoy.”

“For more than 10 years, millions of fans around the world have helped shape the Assassin’s Creed brand into an iconic franchise,” Jason Altman, head of Ubisoft Film & Television – Los Angeles, added. “We’re thrilled to create an ‘Assassin’s Creed’ series with Netflix and we look forward to developing the next saga in the ‘Assassin’s Creed’ universe.”

The potential “Assassin’s Creed” series is not the only project Ubisoft and Netflix have teamed on. The two are currently working on the movies “Tom Clancy’s The Division” and “Beyond Good & Evil,” as well as the fourth season of “Rabbids Invasion.” Ubisoft also produces the Apple TV+ series “Mythic Quest: Raven’s Banquet,” among other films and TV shows.