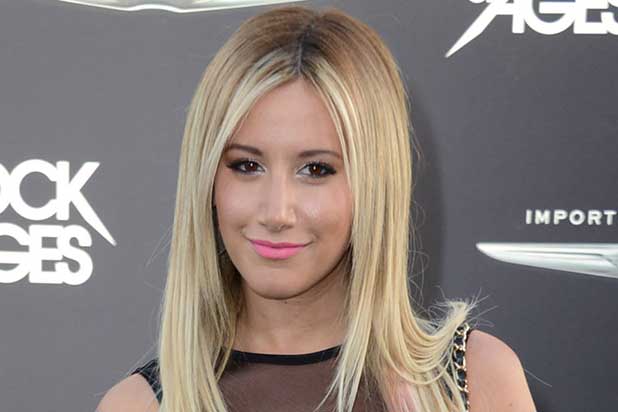 “We are excited to work with Ashley and Jennifer [Tisdale, vice president of development and production] to develop television that appeals to a broader, pop culture-savvy audience,” said Asylum Entertainment’s president and CEO Steve Michaels in a statement. “Connecting Asylum and the Blondie Girls team is a great example of the diverse development deals we are striving to create now that we are working with Legendary.”

Asylum is behind series such as Reelz’s “Beverly Hills Pawn,” ESPN’s popular “30 for 30,” and Reelz’s Emmy-winning mini-series “The Kennedys,” which starred Greg Kinnear, Barry Pepper and Katie Holmes. The company is aiming for further diversification through their new partnership with Blondie Girl.

Blondie Girl will produce both scripted and unscripted content for Asylum. The company already created ABC Family’s”Young and Hungry” (starring “Emily Osment”) and the Disney Channel movie “Cloud 9,” as well as reality projects “Miss Advised” on Bravo and “Inner Circle” for E!

“We are so incredibly excited for this partnership with Asylum and Legendary Entertainment, and know this is a perfect fit for us at Blondie Girl as we continue to develop new and exciting content with this amazing team,” said Ashley Tisdale.

In addition to appearing in two “High School Musical” films, Ashley Tisdale had starring roles in Disney’s “The Suite Life of Zack & Cody” and “Scary Movie 5.”

Asylum, founded in 2003,  is a division of Legendary Entertainment.