The move to rally around Donald Trump took hold in Cleveland, Ohio, on Monday at the start of the Republican National Convention where B-list celebrities from Scott Baio to Duck Dynasty’s Willie Robertson took the podium ahead of the near-nominee’s wife, Melania Trump.

Slovenian-born Melania, who often struggles with public speaking, did a respectable job declaring support for her husband’s ability to lead America, saying: “He will do this better than anyone else,” and assuring the hall, “It won’t even be close.”

But after a scuffle on the floor from anti-Trump delegates hoping to divert voting rules — quickly put down — delegates once unable to wrap their minds around the idea of Trump as Republican nominee were coming around in the name of party unity.

“Never in my wildest dreams did I think Donald Trump would be the nominee of the Republican party,” Suzanna Butterfield, a tourism agent from Gaysville, Vermont, told TheWrap. “I was a Gov. [John] Kasich supporter but he didn’t win and I believe in supporting the party’s nominee.” 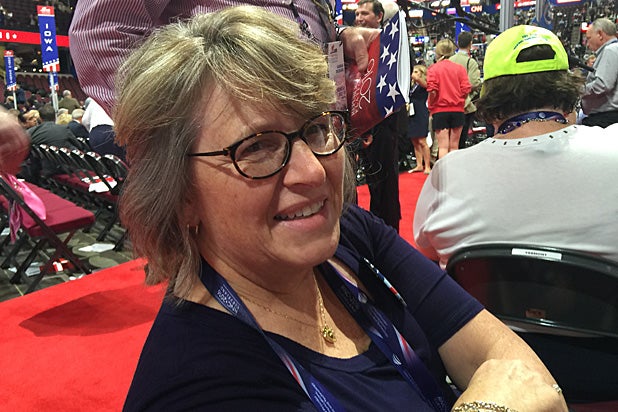 Wendy Wilton, another Vermont delegate, said she too went through an “adjustment” period after her first-choice candidate, Florida Sen. Marco Rubio, dropped out of the presidential race in March after losing his home state to Trump.

“When Marco lost Florida, I thought, ‘Wow, I really have to think about this,'” she said. “But then I saw the wave of popularity that Mr. Trump had brought into the primary.”

What got her convinced, she says, was Trump’s ability to bring out voters who have never voted in a primary before.

“That’s the kind of phenomenon that’s going on around Donald Trump,” she said with pride. “He’s turning on voters who’ve been disengaged for a long time.” But even though Trump seems to have won over some delegates, there are others still trying to derail his nomination.

On Monday chaos erupted on the convention floor after Trump critics attempted to force a roll call vote on the party’s proposed rules. The floor fight was eventually settled with pro-Trump delegates winning the battle.

But the image of a divided party was quickly splashed across media sites. While some Trump supporters admitted they could have done without that display this early in the convention, they took solace in the fact that it was resolved before things got too ugly and most importantly before prime time.

“We went off the cliff pretty fast,” Susan Iannitelli, a lawyer and pro-Trump delegate from Smithfield, Rhode Island, said. “But we were able to come back from it quickly. And that’s the sign of true democracy.” 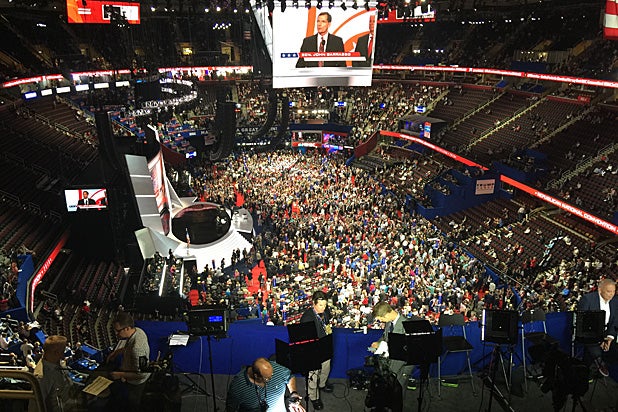 Among other speakers on Monday that included a fire-breathing former New York mayor Rudy Giuliani were minor Hollywood figures Baio and Antonio Sabato Jr. They declared their passion for Trump, while Robertson of “Duck Dynasty” assured the crowd that Trump “will have your back.”

Melania, wearing a closely-tailored white dress with bell sleeves, spoke of her husband’s passion but did not ignite much enthusiasm except when she said that becoming an American citizen was “the greatest privilege on planet earth.”

Watching Trumps wife speak. She sounds like all the people he wants to keep out.

And over social media more than one angry commenter accused Melania Trump of lifting quotes directly from a speech Michelle Obama gave at the 2008 Democratic National Convention in Denver.

Ouch. But inside the Quicken Loans arena, a sense had begun to circulate that Trump might not be such a bad outcome, in fact maybe it was time to start to love the guy.

“For months everyone said that this was going to be a disputed convention but none of that happened,” Ginny Greiman, a Trump supporter and delegate from Massachusetts, told TheWrap. “I’ve talked to the Cruz people and the Kasich delegates and they’ve all said they’ve come to Jesus.”