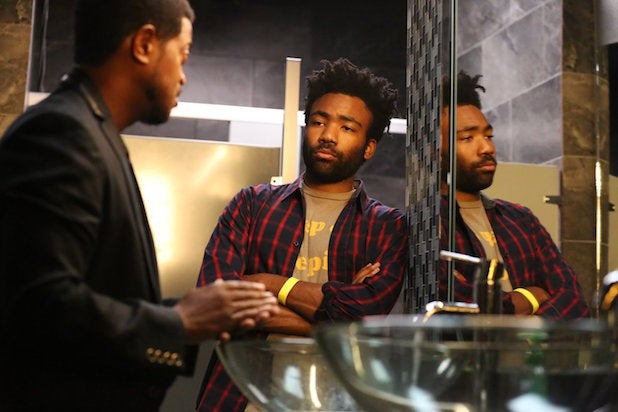 (Spoiler alert: Please do not read on if you haven’t watched Tuesday’s episode of “Atlanta”)

“Atlanta” kept everything super real on Tuesday night’s episode up until Crime Mob’s “Knuck If You Buck” was heard playing in the club.

The 2004 classic instigates fights at Harvard, gets the party going and it makes people dance — none of which happened on “Atlanta” tonight, and the viewers were disappointed.

“The most unrealistic thing I’ve seen so far in ‘Atlanta’ is how chill the club was when ‘Knuck If You Buck’ was on,” commented one fan on Twitter.

Also Read: 'Atlanta': What's Up With that Invisible Car?

“Can we talk about the club’s energy while ‘Knuck if you Buck’ was playing?” said another viewer. “Y’all supposed to be hype af.” (“Af” means “as f—).

The disappointment was so real. Unlike most TV shows or movies, the club scene in “Atlanta” wasn’t depicted as a ritzy place where everyone was beautiful and dressed to the nines, having the time of their lives. Primal, a nightclub in Atlanta and on “Atlanta,” depicted the real club experience: Earn doesn’t drink (although he did, a lot, in this episode), Darius left early to eat cereal and play video games and Paper Boi was bored out of his mind.

So when “Knuck If You Buck” came on during the episode, most people were naturally expecting the show to stay true to its roots and have the proper response to such a monumental song. But then again, we should have all learned by now to not expect anything normal from Donald Glover.

Also Read: Everybody Lost it Over 'Atlanta' Trans-Racial Episode

Crime Mob is an Atlanta based hip-hop group made up of M.I.G., Cyco Black, Princess, Lil’ Jay, Diamond and Killa C. “Knuck If You Buck” featured “Love and Hip Hop: Atlanta” star Lil Scrappy. Listen to it here.

See some of Twitter’s best reactions below.

can we talk about the club's energy while "Knuck if you Buck" was playing? y'all supposed to be hype af #AtlantaFX pic.twitter.com/xWo0kS2oWZ

This is the first false note in #AtlantaFX. NOBODY in an Atlanta nightclub is this chill when "Knuck if you Buck" comes on.

This club is too calm to have just played a negro spiritual like Knuck If You Buck. #AtlantaFX

#Atlanta played "Knuck If You Buck" in the club and everybody was calm and civil….

If Knuck If You Buck comes on shuffle, you gotta start fighting. Even if you’re at home. I just wrestled all of my pillows.

You know you in a club in Atlanta when you hear Knuck If you buck in 2016. #AtlantaFX pic.twitter.com/hObR9mV93O

Me when Knuck If You Buck comes on ???? https://t.co/vmtNvoaqfW