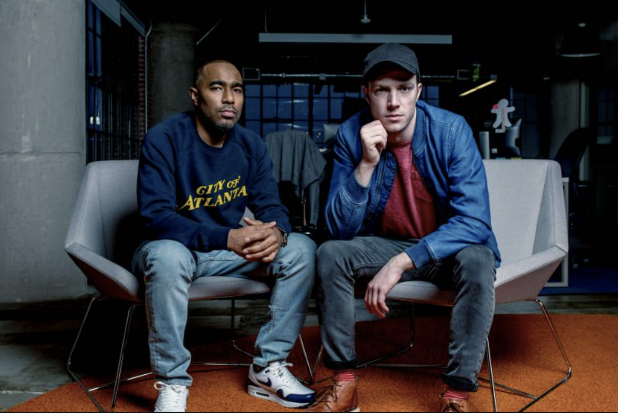 The mindhunters of “Atlanta Monster,” the most popular podcast of 2018, will return early next year with a new city and a new serial killer in “Monster: The Zodiac Killer.”

“Atlanta Monster” host Payne Lindsey and executive producer Donald Albright told the “Shoot This Now” podcast earlier this year that they planned to expand to search for other monsters in other cities — and Season 2 will follow through on that plan. You can listen on Apple or right here.

The aim of the “Monster” stories is to examine serial killers to learn more about the social conditions in the communities that produced them. Season 1 of “Atlanta Monster” focused on Lindsey’s home state of Atlanta. Season 2 moves to the Bay Area, where Albright grew up.

“Atlanta Monster” came from podcast company HowStuffWorks and Lindsey and Albright’s production company, Tenderfoot TV. For Season 2, they will partner with iHeartMedia, and the first episode will drop on January 3, 2019 exclusively on iHeartRadio’s broadcast radio stations. The full season will then be available on iHeartRadio.

“Atlanta Monster” examined the deaths of at least 28 African-American children and young men in the late 1970s and early 1980s. The series, which had more than 30 million downloads, focused on whether Wayne Williams, who was convicted in two of the murders, was guilty of the killings.

The Zodiac Killer is a source of endless fascination for true-crime fans because his identity still remains a mystery. He was connected to a string of murders in California in the 1960s and 1970s, and taunted police as they tried to catch him. The 2007 David Fincher film “Zodiac” focuses on the desperate, failed attempts to bring him to justice.

Lindsey will serve as an executive producer on “Monster: The Zodiac Killer,” and contribute his creative input to future seasons of the podcast. Albright and Jason Hoch, head of new initiatives at HowStuffWorks, will also serve as executive producers.

“With ‘Atlanta Monster,’ we really tried to explore and understand all the layers of what was an integral and transformative time in not just the city’s history, but the nation’s history,” Lindsey said in a statement. “I think the success of the podcast proved that listeners want more of these true crime stories where we are dissecting not only harrowing, oftentimes tragic, events, but the complex people involved in them. The new season examines the narrative around one of the most infamous serial killers in American history, and we believe that our partnership with iHeartMedia will allow us to bring this fascinating story to a massive audience that only iHeart can provide.”

UTA brokered the deal on behalf of HowStuffWorks and TenderfootTV.

Lindsey and Albright are presently in the second season of their other podcast, “Up and Vanished.” You can listen to our “Shoot This Now” episode with Lindsey about “Up and Vanished” on Apple or right here.