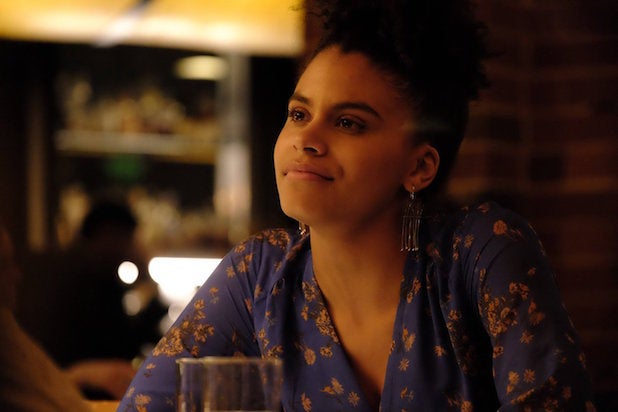 “Atalanta” star Zazie Beetz has been cast to play Neena Thurman, aka Domino, in “Deadpool 2,” TheWrap has learned.

Domino is a former mercenary turned member of the X-Men and has the ability to manipulate luck as represented by her expert marksmanship. Domino is known for her witty personality. Created by writer Rob Liefeld, Domino first fully appeared in X-Force, vol. 1 #11 (June 1992). Domino also has a long history with time traveling Mutant Nathan Summers, aka Cable.

As one of only two survivors of a government experiment called Project: Armageddon, Neena Thurman gained the ability to manipulate luck and became the mercenary, Domino. After working with Cable for a while, Domino eventually joined up with the X-Men to use her abilities for good.

“John Wick” co-director David Leitch will direct “Deadpool 2,” which is due to begin filming this summer.

Most of the cast of the first “Deadpool” is expected to return, with screenwriters Rhett Reese and Paul Wernick confirming Colossus (Stefan Kapcic) and Negasonic Teenage Warhead (Brianna Hildebrand) would reappear. Vanessa (Morena Baccarin), Weasel (T.J. Miller), and “Blind” Al (Leslie Uggams) are expected to return as well.

Beetz is best known as being the breakout star of FX’s “Atalanta,” and the only female lead on the show. She plays the on-again off-again girlfriend of Donald Glover’s character, Earn. The second season of “Atlanta” premieres in the spring.

Beetz is repped by Gersh.