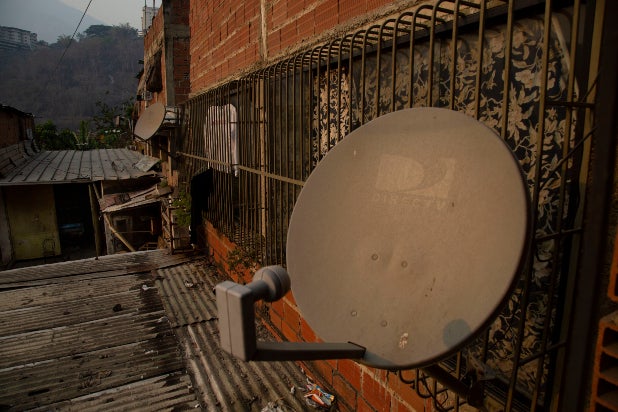 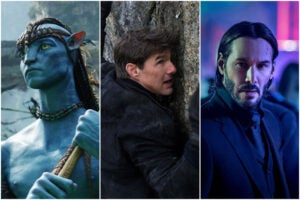 All the Studio Films That Hope to Resume (or Start) Shooting, From ‘Little Mermaid’ to ‘The Batman’

Will AT&T Be Able to Finally Find a Buyer for DirecTV?

Telco has a ”valuation“ problem for the struggling satellite provider it acquired for $48.5 billion in 2015

AT&T is all-in on streaming after launching its prized streaming service, HBO Max, in May. Outside of TV, AT&T is focused on building out its 5G wireless network. But what about DirecTV, which has increasingly been sidelined in its business and has been hemorrhaging subscribers?

Reports are swirling that AT&T is looking to unload DirecTV amid a pandemic that has crippled its balance sheet and accelerated the shift from pay-TV to streaming. On Friday, the Wall Street Journal reported that AT&T was exploring a deal for the struggling satellite company that could be valued at around $20 billion, citing people familiar with the matter. DirecTV declined to comment on Friday’s report.

It’s the second report to come out in less than a year that AT&T was looking to offload DirecTV.

Also Read: Streaming Is Growing Up and That's a Big Worry for Pay TV

The question for AT&T is two-fold: Who would be willing to a buy dwindling asset, and how much of a price cut can AT&T stomach?

MoffettNathanson analyst Craig Moffett put it bluntly in a research note Monday morning: “To be sure, no one could argue that AT&T wouldn’t be better off without the albatross that is DirecTV. But we’ve been skeptics about the feasibility of a deal … and we still are.”

First, the pay-TV ecosystem has shrunk at a rapid pace, partly due to the pandemic that has forced Americans to be more selective about what they spend their money on. Through the first half of 2020, AT&T has now lost nearly two million subscribers across DirecTV and AT&T U-Verse, well outpacing the 1.57 million it lost through the first half of 2019. DirecTV itself shed more 800,000 subscribers last quarter and has been declining at a yearly rate of 18%, according to data from MoffettNathanson.

AT&T paid $48.5 billion for DirecTV in 2015, right at the peak of the pay-TV business. But with the rise of streaming, that customer base has eroded. For Nathanson, that creates a huge problem for AT&T’s prospects of finding a willing seller. “The problem is valuation,” Nathanson states.

Another factor is that the CEO that paid that hefty price for AT&T, Randall Stephenson, is no longer in charge. John Stankey, who last year said the company had no intention of parting with DirecTV also said he had no plans to relinquish his job as WarnerMedia CEO, which he did earlier this year, after getting the chief executive job at AT&T.

The WSJ report cited two potential suitors as private equity firms Apollo Global Management and Platinum Equity. DirecTV doesn’t meet the main criteria that private equity firms typically go far in acquisitions: An undervalued asset and an emerging market. The only way it could make sense for a purchase would be to flip it or raise money through an IPO.

“No private equity buyer could assume an exit from the investment — an IPO, say, or a flip to someone else down the road — again because the rate of decline is so rapid,” Moffett continued. “So a buyer would have to assume they would be running the business for cash.”

A combination with Dish Network has long been rumored, though AT&T executives admitted in the past it would likely be blocked by regulators.

In 2001, Dish’s former parent company EchoStar attempted to merge with DirecTV’s former owner, Hughes Electronics. That deal was blocked on antitrust grounds by regulators, who argued it would leave too many rural Americans with only one single pay-TV option.

However, the approval of T-Mobile’s acquisition of Sprint this year could mean the previous regulatory hurdles have lowered a bit to allow for future mergers between direct rivals in highly-concentrated markets. Earlier this month, Ergen described a future combination between the two as “inevitable.”

But that combination doesn’t appear as attractive as it may think.

“Even merged with Dish, pro forma subscriber losses for the two combined would be running at 15% per year,” Moffett said.

Dish has managed to slow its subscriber losses largely because it has prioritized rural markets, which have long been more reliant on satellite TV than more populated areas. Broadband internet is far less prevalent in rural areas, so streaming isn’t much of an option, nor is cable TV. It’s typically DirecTV or Dish. But cable providers like Charter are beginning to charge harder and build out broadband in those rural markets, which could be the death knell for the satellite industry.

“If we see a huge post-COVID stimulus/infrastructure bill next year targeting broadband expansion, as seems likely, then the defensible rural segment will all but disappear,” Moffett added.