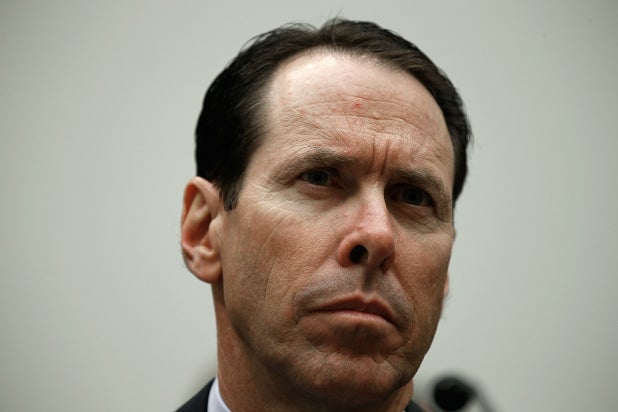 AT&T CEO Randall Stephenson says it’s been “crickets” from CBS on the ongoing blackout after the two couldn’t come to terms on a new retransmission deal.

“The Bid-Ask, candidly, is not that wide. It’s kind of an interesting dynamic,” Stephenson said on Wednesday. “We sent what I thought was a reasonable, fair offer over five days ago and it’s been crickets. We haven’t heard anything — haven’t even had a response to the offer. When you’re as close as we are, we find it a little interesting that we’re still sitting here dark and not having interaction with CBS.”

“I’m guessing they’re probably distracted with other negotiations right now, but I don’t know,” he continued.

He was likely referring to talks with Viacom about re-merging the two companies.

“CBS is ready and willing to negotiate and as of today our offer of an unconditional 30-day extension still stands,” a CBS spokeswoman told TheWrap in response to Stephenson’s “crickets” comment.

Stephenson’s remarks came during the Q&A portion of Wednesday’s conference call, where he and other company executives discussed their second-quarter 2019 financial results.

Also during the call, Stephenson set AT&T Investor Day for Oct. 29. Then, he said, we’ll learn more about upcoming streaming service HBO Max, though there was a good nugget shared today.

“This won’t be at the early stages of HBO Max, but you should assume that ultimately HBO Max will have live elements,” Stephenson said, singling out Turner’s news and sports.

AT&T had a pretty good Q2, meeting Wall Street’s expectations on earnings per share and exceeding the forecast for revenue.