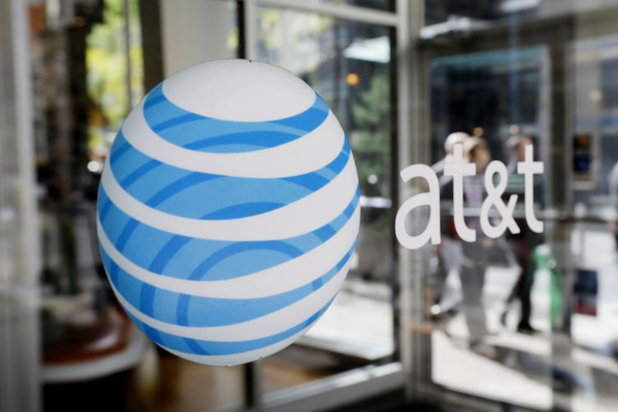 A growing over-the-top streaming business couldn’t help AT&T offset the mounting exodus of paid TV subscribers when the company reported its third quarter earnings on Tuesday, with shares trading down about 1.5 percent after hours as Wall Street waits for CEO Randall Stephenson to weigh in on the company’s pending $85 buyout of Time Warner.

“We look forward to closing our acquisition of Time Warner and bringing together premium content with world-class distribution to deliver a better entertainment experience for consumers and more effective targeted advertising,” said  Stephenson in a statement. “We’re also on track to have one of the largest high-speed internet networks in the U.S., reaching more than 50 million customer locations with competitive high speeds. This expansion will make our bundled video, mobile and broadband services even more compelling.”

The telecom giant was bolstered by 3 million net adds for its wireless business, but reported 900,000 fewer cellphone upgrades than a year ago — with its wireless sales taking a hit as customers wait for the iPhone X to release on Nov. 3.

As anticipated, DirecTV Now, the company’s over-the-top streaming service, added about 300,000 subscribers. (DirecTV Now runs between $35-70 a month, depending on how many channels a user.) Still, this wasn’t enough to mitigate the loss of 385,000 traditional TV subscribers — including a dip of 251,000 DirecTV customers. Altogether, DirecTV Now boasts about 800,000 total users a year after its launch.

With AT&T offering TV service for DirecTV Now customers at only a $10 bump each month, the company’s aggressive plan hints it’s reading the writing on the wall — that its traditional TV business is dying. To beef up its streaming numbers, it’s willing to cannibalize part of its DirecTV audience, rather than see its cord-cutters completely jump ship. And its latest FCC filing doubles down on its continued emphasis on internet video, with a 4K OTT delivery system built on Google’s Android TV platform in the works.

Earlier this week, AT&T passed — and extended — its own deadline to close its mega Time Warner buyout, as it waits on the final yay or nay from the U.S. Department of Justice. The deal would ultimately create a content and distribution juggernaut spanning a myriad of assets, including Warner Bros. studio, CNN, HBO, TNT, DirecTV, and AT&T Wireless.

Spurred on by nearly 3 million wireless net ads, shares of AT&T had enjoyed a boost following its impressive second quarter report in July. But after hovering near $40 a share at the beginning of October, AT&T dipped about 12 percent heading into Tuesday, with investors spooked by the anticipated drop in DirecTV subscribers.