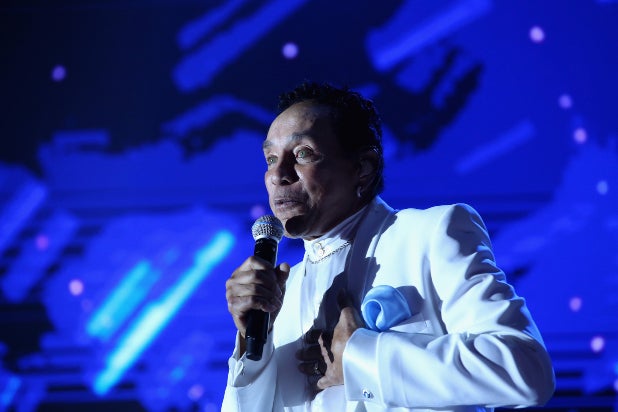 Production company Gunpowder & Sky and Audible signed a deal Wednesday that will entitle the two to produce several audio projects based on the life and work of notable musicians including Smokey Robinson and Alanis Morissette.

Audible recruited Gunpowder & Sky to help it produce its “Words and Music” series, in which artists describe their personal journeys to stardom through their music and lyrics. A feature on Annie Clark, better known as musician St. Vincent, will be the first interview Gunpowder & Sky and Audible produce for the series.

“Life is strange and full of uncertainty, right now, but music is a constant. Music transcends the chaos,” Clark said in a statement Wednesday. “It’s always been there for me when I’ve needed it–whether in times of fear, heartbreak, anger, joy. So I’m thrilled to be working with Audible to share my story and my music, especially at a time when music is such a crucial part of coping and getting through these unprecedented days.”

“Jagged Little Pill” creator Alanis Morissette will tell the story of her rise to rock stardom, and promises to unpack “a lifetime of conscious self-discovery in a powerful and thoughtful rumination on her journey as an artist, celebrity, and human being.”

R&B musician and Motown legend Smokey Robinson will also share stories from his career in the music business, which spans over 70 years. Robinson said in a statement, “It’s always been my passion to create experiences that touch and move people,” Robinson said in a statement. “I’m humbled to have the opportunity to share my story, the stories of my incomparable contemporaries like Marvin (Gaye) and Aretha (Franklin), plus my music with the millions of Audible listeners who are looking for authentic stories told in ways they’ve never experienced before.”

Audible said all production on these original features is now underway at in-home recording studios, and added that it plans to share more details on its growing musical narrative slate “in the coming months.”

Gunpowder & Sky was established in 2016 by Van Toffler and Floris Bauer to be a vertically-integrated production house for streaming and digital TV companies — and it’s backed by Peter Chernin’s The Chernin Group and AT&T.  Its distribution deals include partnerships with Jeffrey Katzenberg’s Quibi, DirecTV, Amazon, Facebook, YouTube, Netflix and HBO.

“Teaming up with Audible to shine a light on some of the most influential musicians of our time in new, innovative ways – via words and music over songs and anecdotes – is a dream come true,” Toffler stated.

Audible’s original musical productions produced prior to the Gunpowder & Sky deal include “Break Shot: My First 21 Years” from singer-songwriter James Taylor and a live performance of “Patti Smith at the Minetta Lane.”