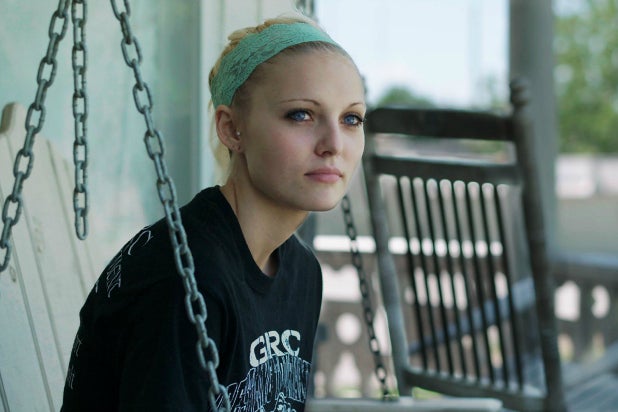 If you’re a teenage girl and have been sexually assaulted, you probably asked for it. You dressed too provocatively, maybe, or flirted too much. Surely you’d been drinking. And that’s just what you have to battle if some people actually believe you. Because you’ll also be accused of lying.

That’s the horrific (but also, tragicowledge) takeaway from Netflix’s documentary “Audrie & Daisy.” Similar to 2015’s “The Hunting Ground,” Bonni Cohen and Jon Shenk’s film focuses on the victims of rape and other sexual crimes, demonstrating how those assaults were just the beginning of their nightmares.

It also shows the effects of bullying in the age of social media. Audrie’s story begins and ends in 2012. The film opens with interviews of the high school boys charged with assaulting her at a party; their figures are animated to protect their identities but not their signs of anxiety, such as bouncing knees. Audrie had been drinking and “making out” with people at a party, according to her friend Amanda. She eventually passed out and the boys took over, undressing her and drawing obscene things on her nude body. One of the guys admits during trial that he and his friend had fingered her.

See Video: 'Audrie and Daisy' Filmmakers on Dangers of Social Media: 'It Can Be Used for Good or for Evil'

The markers were indelible, as was Audrie’s shame and self-inflicted guilt. “What if I did something I didn’t want to do?” she asked Amanda, who recounts how her curvy friend never gave in to the pressure boys would put on girls in middle school to send them naked photos. Audrie’s mother backs that up, saying that her daughter always made sure she was covered up.

But now her schoolmates regarded Audrie as a slut and taunted her after photos were posted online. She killed herself a week after the crime.

Daisy was a bit luckier: Her suicide attempts weren’t successful. She was 14 when she and a 13-year-old friend were raped by her older brother’s friends in a small Missouri town. The girls had been drinking at Daisy’s house before heading to an obscured structure where one of the alleged rapists, Matt, lived. Daisy, in recounting her story, remembers that she wanted to feel “cool” by hanging out with the older guys.

Daisy was still drunk and nearly unconscious when her mother found her in the snow outside their home. And when she went to put Daisy in a warm bath, she noticed alarming physical indications that the partying went beyond drinking. Her mother took her to the hospital, then filed a report to the sheriff, Darren White.

The situation is initially hopeful: White talks about how an accusation of sexual assault in such a small community “certainly raises your ire,” and he had the defendants questioned and locked up within four hours of the report. But that didn’t mean that Daisy didn’t suffer more the next school day. Her brother says, “It was a school divided,” and even he was being ignored. Daisy began getting messages asking her why, in so many words, she was such a lying skank. But justice was being served, right?

Not quite. The outcome is shocking, especially when Cohen interviews White. “Girls have as much culpability in this world as boys do,” he tells her. But when she counters that in this case, the boys were guilty, he answers, “Were they?” with a chuckle. The co-directors even give the mayor a chance to comment. He switches the subject to the town’s nice lake and how nobody reports on that.

The film lingers on Daisy’s experiences, which include her house being burned down. It feels a little leisurely compared to Audrie’s chapter, but considering that Daisy’s torment drags out to this day, it’s appropriate. Cohen and Shenk, a husband-and-wife team, do needlessly cue emotions that have already been tapped by punctuating the stories with shots of empty classrooms, say, or quiet football fields. (Daisy’s rapists were stars on their school’s team; enough said.)

“Audrie & Daisy” ends on a hopeful note, following Daisy to a gathering of fellow sexual assault survivors in Washington, D.C. There, she meets Delaney, who had already heard about the situation and reached out to her to say she’s not alone. The girls have an instant bond over their shared suffering and let the public know their stories. “I feel like we are an army,” one says.

The film turns back to Audrie’s attackers and notes their slap on the wrist before the closing credits roll. This documentary may indeed stir outrage and encourage victims to report such crimes. But it’s still a song we’ve heard before.