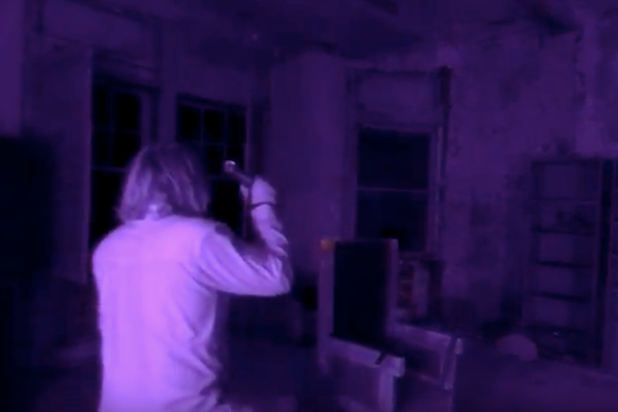 You can now explore a haunted asylum in virtual reality — if you dare.

NextVR — one of the preeminent VR companies when it comes to live entertainment, best known for its partnerships with the NBA and Live Nation — launched “Paranormal Evidence” on Tuesday, an exploration of Pennhurst Asylum, a notoriously “haunted” hospital that housed sick children and criminals for decades before finally closing down after years of abuse and neglect. The asylum has been a hotspot for those interested in the supernatural ever since, with claims of slamming doors, faceless voices, and the occasional grabbing from unseen hands.

“Paranormal Evidence” is part of NextVR’s push to solve the medium’s “breadth of content” issue, as Cole had put it. As the Newport Beach-based company jumps into original content, Cole pointed to a few reasons for the experience being a strong starting point as it looks to produce its own shows; 1) he’s long been a fan of the paranormal genre, and saw how “Ghost Hunters” propelled SyFy forward and 2) VR is tailor-made for scary experiences, with the user immersed in their own dark adventure.

TheWrap had a chance to recently check out “Paranormal Evidence” and see if creepy really translates to VR. As you’re led by investigator Jack Kassewitz and his team, you wander through the clandestine halls and find some strange things, including a “hex book” once involved in a murder and a punishment chair. No one gets coopted by the “evil spirits” lingering at Pennhurst, a la “The Shining,” but there are a few hair-raising moments for the crew.

Even for those most skeptical of ghosts and the supernatural — like yours truly — it’s still an eerie and unique VR sensation. If you’re looking for a new way to get creeped out, you can check it out on NextVR’s app starting today.