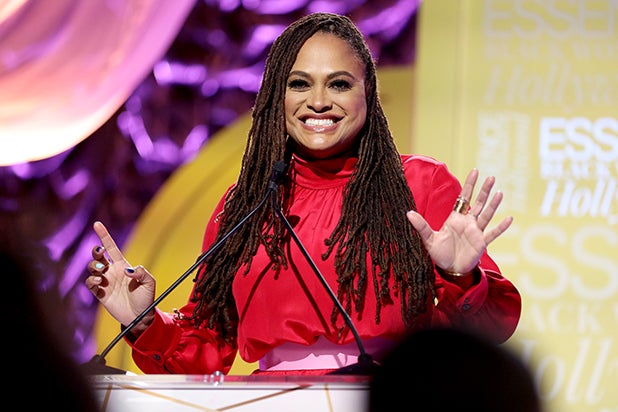 The “One Perfect Shot” series will be a half-hour, unscripted show produced by Warner Horizon Unscripted Television with DuVernay’s production company, Array Filmworks. It will celebrate iconic movie moments as guided by big-name Hollywood directors and stars.

Each episode arms one acclaimed director with an arsenal of visual tools to pull back the curtain on their most iconic shots. The directors will then break down each shot and walk viewers through a scene in 360 moments for an immersive way into better understand movie making.

Filmmakers will share their obstacles, challenges, lessons and triumphs about how they accomplished each shot, and then each director will also present another shot from an auteur filmmaker who deeply influenced them and break down how those movies inspired their own imagination.

One Perfect Shot has over 587,500 followers on Twitter and shares multiple daily film stills or gifs from iconic films and TV shows, along with details about the film’s director, cinematographer and often links to larger discussions about the movies via podcasts or articles through the website Film School Rejects.

“There is nothing more fascinating than witnessing the passion and creativity of a filmmaker discussing their craft and dissecting how they pulled off that jaw-dropping shot,” Sarah Aubrey, head of original content at HBO Max said in a statement. “Narrated by the illustrious Ava Duvernay, this series is sure to ignite and inspire film and television enthusiasts at every level.”

Also Read: Why HBO Max's Sci-Fi Drama 'Raised by Wolves' Is Just Like 'Little House on the Prairie'

“As one of today’s most respected filmmakers, Ava is the perfect voice to narrate the journey through the immersive new technology created to showcase the most beloved films of all time,” Brooke Karzen, EVP and head of Warner Horizon Unscripted Television.

“I’ve long wanted to create a series about the art of directing. To chronicle the craft of great filmmakers is a dream come true for me and all of us at Array Filmworks. We’re thrilled that our partners at Warner Horizon Unscripted Television embraced this idea and look forward to fully geeking out over movies with our friends at HBO Max,” DuVernay said in a statement.

DuVernay is currently producing the fifth season of her series “Queen Sugar,” and her Array Filmworks recently acquired the rights to the Slamdance Film Festival award winner “Residue.”