It’s going to be big, but based on pre-sales, not “New Moon” big.

According to officials for advanced movie-ticket seller Fandango, James Cameron’s “Avatar” has represented 78 percent of its weekly sales going into the film’s midnight opening Thursday night. 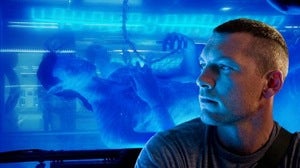 In fact, while not divulging specific sales numbers, one Fandango officials told TheWrap: “Avatar’s” pre-sales can be favorably compared to those of “Star Trek,” which opened to $75.2 million last May.

In terms of audience composition, Fandango officials said advanced sales are skewing 69 percent male, with 37 percent of surveyed buyers saying they plan to bring a significant other.

For its part, officials for rival advanced seller Movietickets.com said the film has represented 89 percent of its sales this week.

The movie is opening in about 2,100 3D locations and 1,200 2D theaters. Pre-release tracking for the movie suggest it will open to about $90 million over the three-day weekend period.