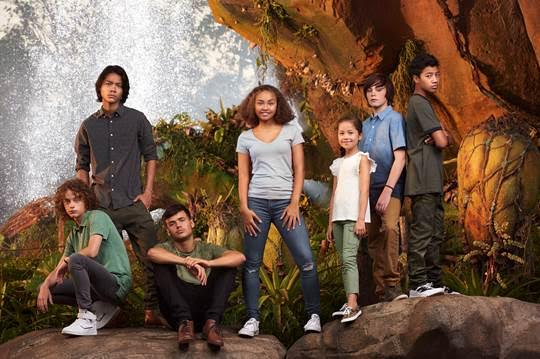 The newest cast members of the “Avatar” sequels had just learned to walk — and in one case, wasn’t even born yet — when James Cameron unleashed his blue aliens on the world in 2009. But these kids, who will be the next generation of Cameron’s world, tell us quite a bit about where he’s taking the story next.

20th Century Fox released a picture of the seven young stars of the upcoming films at Disney’s “Avatar” attraction in Orlando. Six of the kids will climb into mo-cap suits to play Na’vi, with three of those kids — Jamie Flatters, Britain Dalton, and Trinity Bliss — playing Jake and Neytiri’s three kids, Neteyam, Lo’ak, and Tuktirey. That means that the sequels will be taking place several years after the events of the last film.

The other three Na’vi kids — Bailey Bass, Filip Gejo, and Duane Bass, Jr. — will be playing kids in the Metkayina clan, an oceanic tribe that will be part of the deeper exploration of Pandora that Cameron has been promising for years. The seventh kid, Jack Champion, will play Javier “Spider” Socorro, a human teen born at the Hell’s Gate settlement but who prefers to spend his time in Pandora’s rainforests.

What all these characters will be like remains to be seen, but it’s safe to assume that we’ll be seeing how Jake is adjusting to life as a father after going permanently native at the end of the first film. The next chapter of the “Avatar” saga hits theaters on December 18, 2020.