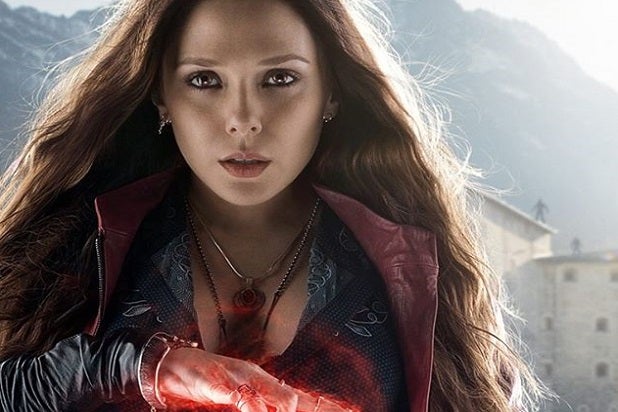 Here’s something to kick your weekend off on the right foot, superhero-movie geeks.

The “Avengers: Age of Ultron” Facebook page unveiled the official U.K. character posters for Scarlet Witch and Quicksilver on Friday, offering a further glimpse of the Marvel epic.

Elizabeth Olsen (“Kill Your Darlings”) is handling the role of Scarlet Witch, a mutant with the ability to alter reality.

“Avengers: Age of Ultron,” which opens May 1, also stars Chris Evans as Captain America, Scarlett Johansson as Black Widow, Chris Hemsworth as Thor, Robert Downey Jr. as Iron Man and Mark Ruffalo as the Hulk, among other heroic cast members.

Are the renditions everything you could have hoped for and dreamed off? Share your opinions in the comments section.