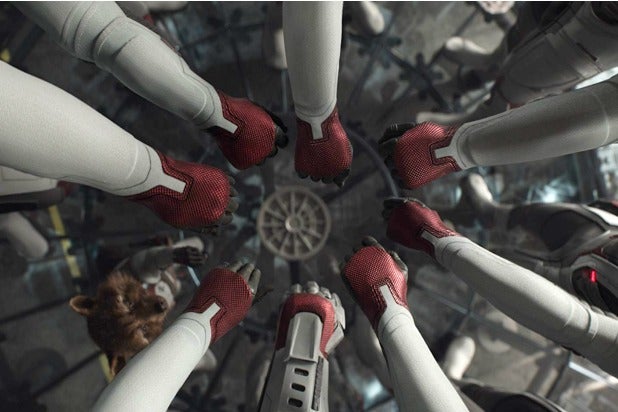 For the first time in history, a film has made over $1 billion at the global box office after its first weekend in theaters. That film is Marvel Studios’ “Avengers: Endgame.”

With a lethal combination of overwhelming critical and audience acclaim, unprecedented pre-release demand, and a day-and-date start in every theatrical market around the world except Russia, the 22nd Marvel Cinematic Universe installment has grossed $1.2 billion worldwide. It has become the fastest film to gross $1 billion worldwide and has eclipsed the total theatrical runs of 17 of its 21 MCU predecessors in just five days, including last month’s “Captain Marvel.”

Along the way, “Endgame” has captured hundreds of box office records, including opening day and weekend records in nearly every market in the world, premium format records, and advance ticket sale records on international ticketing websites. IMAX is reporting opening global grosses of $91.5 million, a total that beats the previous company record set by “Avengers: Endgame” by 92%. That global total includes opening weekend records for the format in 50 markets, including $26.5 million domestic.

“Avengers” has also been a boon to 3D, a format that has seen its market share tail off in recent years. RealD reports that $540 million, or 45% of all global revenue, came from 3D screenings. Higher ticket prices for the premium formats did not dampen fan interest in the slightest, and only further pushed the film’s final total.

But perhaps the most notable is its domestic opening weekend, which is currently estimated at $350 million. That clears the previous record set by “Infinity War” by $93 million. As the estimates have continued to tick up, that gap could widen even further once the final totals come in on Monday morning. “Endgame” has set the largest domestic opening day record and the largest grosses ever recorded on a Thursday, Friday and Saturday, with the latter coming after a Saturday total of $108 million.

According to box office analytics site Webedia Movies Pro, it is estimated that 77% of screenings at all theaters nationwide are of “Endgame,” and the film is accounting for 90% of this weekend’s box office grosses. Thousands of new showtimes have been created in theaters nationwide to meet the unprecedented demand. Some theaters in major markets — including 17 AMC locations — stayed open around the clock, and pictures have hit social media of theaters around the world handling crowds akin to major league sporting events.

Also Read: What's Next For Marvel After 'Avengers: Endgame'?

This excitement from Marvel fans was only further fueled by the effusive praise from the first wave of moviegoers on Thursday night, who hailed the film as a moving send-off to the actors and characters who founded the MCU. The film has a 96% score on Rotten Tomatoes, along with an A+ on CinemaScore and a superhero movie record 9.3/10 on Chinese ticketing site Maoyan.

With this result and the continued excitement that will surely lead to repeat viewings from hardcore fans, “Avengers: Endgame” will most certainly pass the $2.06 billion theatrical run of “Star Wars: The Force Awakens,” even as it faces competition from the usual round of early summer blockbusters next month. If and when it does so, “Endgame” will sit only behind “Avatar” ($2.78 billion) and “Titanic” ($2.18 billion) on the all-time global box office list.

It would also become only the third film since the turn of the century to crack the Top 10 all-time highest grossing films after inflation adjustment.