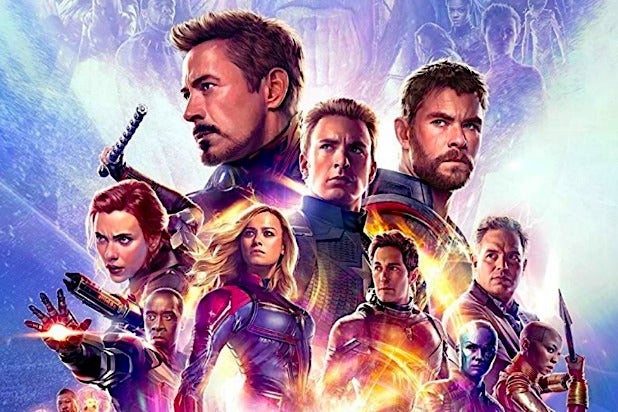 “Avengers: Endgame” is proof that superhero fatigue is not real, as it is on its way to being the biggest movie ever at the box office as the culmination of a movie franchise that has dropped 22 movies in 11 years. With the Marvel Cinematic Universe experiment and clear and resounding success, it’s going to go on for a lot of years to come — and that means fans are chomping at the bit for any info they can dig up about the future of the series.

So while “Avengers: Endgame” may be the end of this first decade of the MCU, it also sparks the beginning of a new era, handing off the reins to a new generation of heroes, first with “Spider-Man: Far From Home” this July and then with two more films next year and on and on. So after “Endgame” finally ends, one of the biggest questions for fans will be, simply, “What’s next?”

It’s a tradition for MCU films to include some kind of bonus scene during and/or after the credits to tease what’s coming or at least to punctuate whatever just happened somehow. Every single entry in the franchise has had something along those lines, an incentive to wait through the credits for something extra.

So does “Avengers: Endgame” follow in that tradition and provide us with a tease for what’s next in this whole crazy thing?

The answer is no, “Avengers: Endgame” does not include any kind of stinger, either of the mid-credits or post-credits variety. If you need to bail for the bathroom after the film’s lengthy running time or just need to get out of there, you can do so knowing that you aren’t going to miss any new content.

There is, however, a sort of small Easter egg for fans who do stay to the end of the credits. As the scroll reaches its conclusion you’ll be able to hear the sound of a hammer banging on metal. This is a nod back to the original “Iron Man” movie — it’s the sound of Tony Stark (Robert Downey Jr) forging his original suit of armor while being held captive in the very first film in the Marvel Cinematic Universe.

With more than 50 reviews in, The Russo Brothers fourth Marvel blockbuster has a 97% rating on Rotten Tomatoes. In his review for TheWrap, Alonso Duralde writes that ” ‘Avengers: Endgame’ has almost nothing on its mind but crossing the Ts and dotting the Is of a far-flung superhero saga, but to anyone with even a minor emotional stake in the Marvel Cinematic Universe, it has all the fleeting satisfaction of a shot of whipped cream delivered directly from the spray can. And that’s not a bad thing.”