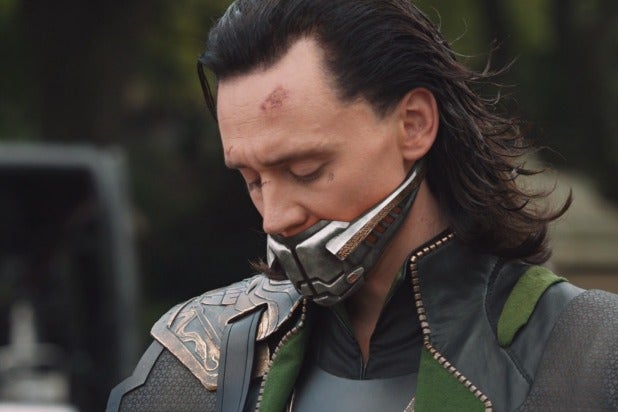 (This post contains a major spoiler for “Avengers: Endgame”)

When Loki (Tom Hiddleston) was killed at the beginning of “Avengers: Infinity War” it was very sad because Loki was kinda everyone’s favorite character, thanks in large part to Hiddleston’s charm. But, somehow, Loki’s death is not the end of the story for the character, because the time travel shenanigans of “Avengers: Endgame” gave Marvel a chance to bring him back, even if his appearance in the film is ever so brief and mysterious.

As mentioned, Loki’s appearance in “Endgame” comes during the part of the film where the Avengers enact their big plan to undo the damage Thanos did at the end of “Infinity War.” That plan? A “time heist,” in which the Avengers go back in time and steal the Infinity Stones before Thanos destroyed them.

Our heroes revisit major past events, like the immediate aftermath of the Battle of New York from the original “Avengers” film, where they need to snag the Tesseract and Loki’s scepter before they can be taken back to SHIELD. But things don’t go as planned and the whole situation gets extremely out of control, and they make one very big mistake that should theoretically have major consequences.

That flub comes when Tony Stark (Robert Downey Jr), disguised as security, gets the Tesseract knocked out of his hand right as he’s trying to escape. It lands at the feet of Loki (Tom Hiddleston), who is at that time Thor’s prisoner just moments after the end of the battle, and Loki grabs it and uses it to teleport away.

The movie kinda treats this development as a minor hiccup — Tony and Steve Rogers (Chris Evans) simply go further back in time to steal the Tesseract in 1970 instead, and that whole Loki situation is never mentioned again.

But this is a problem, according to the rules of time travel set by the film. Unless Steve somehow prevents that whole thing from happening when he returns the stones, then the incident would have sparked a branching alternate timeline where Loki is running around with the Tesseract after the Battle of New York.

According to the “Avengers: Endgame” time travel rules, the only way to keep that from happening would be to literally keep that from happening in the moment — either by preventing the Avengers from doing their time heist in the first place or by interfering in that moment. Going back to 1970 to steal the Tesseract then also doesn’t help because allegedly Steve returned the stone to that moment.

And regardless, as Hulk says, changing the past just creates a new, alternate timeline. Doing something to the Tesseract in 1970 would not affect Loki’s ability to snatch it in 2012. According to the rules set by this movie.

So unless Captain America went back to 2012 and specifically prevented Loki from taking the Tesseract, then there’s an alternate timeline where Loki just ran loose after the Battle of New York and did who knows what bad things. And there is no indication that Steve did anything about that situation — Hulk tasks him simply with returning the stones, and Old Steve only says he returned the stones before deciding to retire in the past. And he would have returned the Space Stone to 1970, not 2o12.

So what does this mean for Loki? I originally suspected — when I first wrote and published this article back in April — that Loki’s escape would be the beginning of the Loki TV show that Marvel is producing for Disney+, and that thought was proven to be correct at Marvel’s panel at San Diego Comic-Con a couple weeks ago. They didn’t reveal any further details about the plot of the show, just that it will use “Endgame” as its jumping-off point. And Hiddleston took the stage to remind everyone that the show’s version of Loki won’t have gone through any of that personal growth he experienced in the years after that first “Avengers” movie — this will be that old, desperate, evil Loki in this story.

That show, by the way, has been previously described by Disney as being about Loki popping up to influence various historical events on Earth, and the Tesseract could potentially enable time travel by some means. And also let’s not forget that the Avengers just have a time machine now. Time travel just exists now.

But really you know as much as I do about where Loki went and what he did after, because “Avengers: Endgame” is not really concerned with that situation. But thanks to the upcoming “Loki” show on Disney+, we’ll eventually find out.