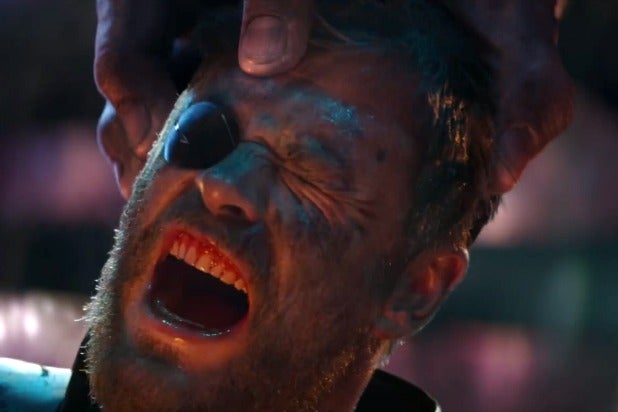 (MAJOR SPOILERS AHEAD for the beginning of “Avengers: Infinity War.” If you don’t want to know anything about the film, stop reading now.)

“Avengers: Infinity War” raised a lot of questions for fans of the franchise, starting with that brutal, heartbreaking first scene — Marvel Studios President Kevin Feige is finally coming clean about what motivated the shocking twist and what it was like for the actors involved.

FINAL SPOILER WARNING: If you still haven’t seen the movie, read no further.

What made the scene particularly painful for fans is how he went out — almost immediately after the end of 2017’s “Thor: Ragnarok,” when he made a vain attempt to assassinate Thanos and save his adopted brother, Thor.

Loki has come a long, long way from the sneak who betrayed Asgard in 2011’s “Thor” and then led an alien invasion of Earth the following year in “The Avengers.” And it was pretty hard to watch since it comes so soon after Loki’s apparent redemption in “Ragnarok” as he developed from embittered adopted brother to reluctant, though seemingly sincere hero.

But was it as hard for Hiddleston to shoot his death scenes as it was for audiences to watch them die? Feige told TheWrap, “It’s emotional.”

“A lot of days on this movie were emotional, not just if anything that drastic happened, but just characters that have been around for so long, or for whom the actor is their most identifiable role, or it’s a role that started them on their current giant career path,” said Feige. “Not just a big dramatic bow, final curtain call, but anything some of the emotional dialogue scenes in this movie people … it would get emotional. For the most part, the film was fun because all these people are fun and all these actors are fun.”

“Everybody loves being in the shared sandbox, but there’s emotion when people have been playing these characters for this long and are this closely,” Feige continued. “They are as emotionally connected to the characters, if not more so, than the audiences are.”

“So you have to imagine it’s emotional as they go through scenes that either represent, as I said, some sort of a curtain dropping, or just scenes that allow them to reflect on how far they’ve come, so there are a lot of days like that, that were emotional. And for Tom in particular, yeah, there was some. Some days were more emotional than others.”

But if it came as a surprise to audiences, at least Hiddleston had time to process it.

Asked by TheWrap Marvel’s famous secrecy regarding key plot details means actors don’t find out about their death scenes until the day they show up to shoot, Feige replied, “They know beforehand.”

Now you tell us.