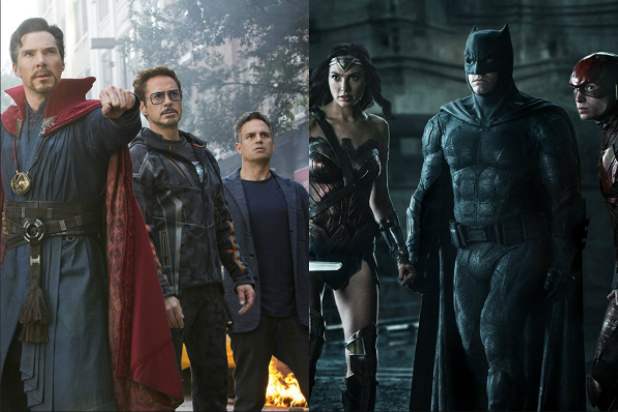 Update: 10:12 AM — A previous headline erroneously noted that “Avengers: Infinity War” has reached $725 million worldwide in four days. The global gross accounts for six days, with the film being released in 21 markets last Wednesday.

Tuesday is a holiday for many countries observing May Day, and that means “Avengers: Infinity War” got a huge boost from Monday night screenings, adding $85 million to bring its worldwide total to $725 million. That means the third “Avengers” film has eclipsed the $657.9 million global total of DC’s big superhero crossover event “Justice League” — in just six days.

The big overseas returns should continue on Tuesday as May Day moviegoers pour in to watch Marvel’s big tenth anniversary film. That positions the “Avengers ” film to set a new record as the fastest to gross $1 billion worldwide. The record is currently held by “Star Wars: The Force Awakens” at 12 days.

In addition to “Justice League,” “Infinity War” has already passed the unadjusted (for inflation) global grosses of nine MCU films, including the $678 million made by “Doctor Strange” in 2016.

Mexico was the top overseas market on Monday with $5.5 million, pushing its total to over $30 million. The U.K. and Korea remain the top grossing markets with $45.5 million and $43.3 million, respectively. The film opens in Russia on Thursday and in China next Friday.