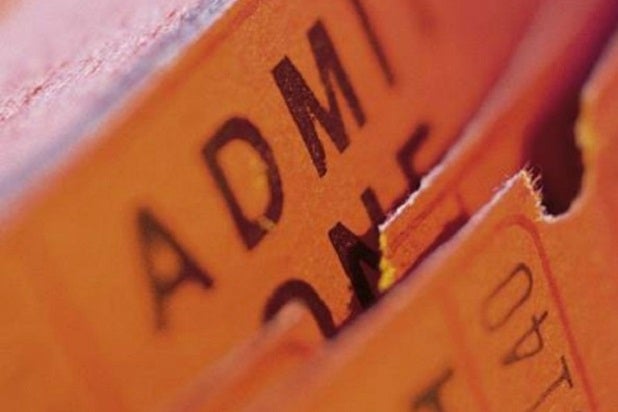 According to the exhibition lobbying firm the National Association of Theater Owners in its annual Theatrical Market Statistics Report, movies cost an average of $8.43 in 2015 and $8.17 in 2014. That means that in the past two years, there has been a consistent increase of 3 percent in average movie ticket prices.

The report, released Wednesday, also claimed that the average ticket price for a family of four in 2016 was $34.60, which is the most affordable entertainment option compared to NFL, NBA and theme park tickets.

Also Read: 'Beauty and the Beast' No. 1 in Fandango Ticket Sales 6 Weeks Before Opening

The number of frequent moviegoers — super consumers attending at least once per month — increased by 2.1 million in 2016 except in the range 40 to 49 years old and those over the age of 60.

“2016 was another strong year for the global box office,” Motion Picture Association of America Chairman and CEO Chris Dodd said in the report, crediting such hits as “Captain America: Civil War,” “Fantastic Beasts and Where to Find Them” as well as “Hidden Figures” and “Zootopia.”

“As the 2016 Theatrical Market Statistics Report confirms, yet again, movies continue to play a vital role in our lives and our cultures. Around the world, storytelling — and the movie-going experience that brings great stories to life — is very much alive and well.”