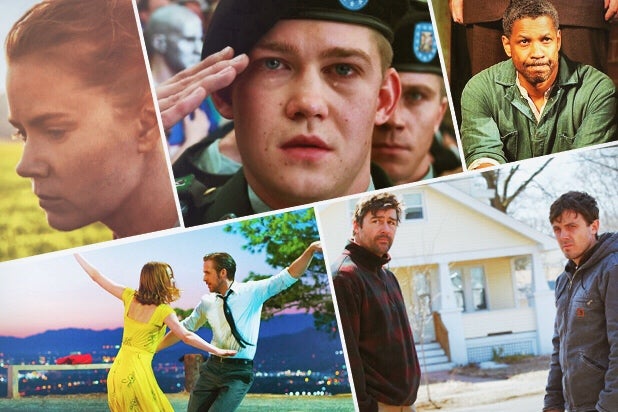 If history is any guide, within the next two weeks a lot of people will see the movie that will win the next Oscar for Best Picture. After all, the winner has screened at the Venice, Telluride and/or Toronto Film Festival every year since 2007, with nine Oscar champs in a row.

But can we really trust history this year?

In an odd year, it’s hard to tell. So far, 2016 has brought a small number of fine movies, but nothing that seems to have the awards season potential of last year’s May release “Mad Max: Fury Road,” or previous year’s first-half films like “The Grand Budapest Hotel” or “The Tree of Life.”

It’s brought some little indies with the potential to go big, except that the little movie with the biggest potential, “The Birth of a Nation,” has been embroiled in controversy that makes its awards prospects both unlikely and beside the point.

This year has also brought festival favorites that will have to fight for mainstream attention, and lots of mainstream movies whose awards hopes lie only in categories like Best Visual Effects.

And now, on the verge of the Venice, Telluride and Toronto Film Festivals, it’s about to bring a batch of films that are going into the fall festivals with high hopes, but nothing like the buzz that preceded films like “The King’s Speech,” “Birdman” or “12 Years a Slave.”

So maybe the rave reviews out of Venice for Damien Chazelle‘s musical “La La Land” will make it an instant awards season frontrunner, the way the Venice reception did for “Birdman” two years ago.

Maybe Denis Villeneuve‘s sci-fi tale “Arrival” will achieve liftoff in the thin air of Telluride, as “Argo” did in 2012.

Maybe Ewan McGregor‘s directorial debut “American Pastoral” will have a sparkling debut in Toronto and rise to the top of all the lists, like “Slumdog Millionaire” back in 2008.

Or maybe — probably — none of that will happen, and we’ll muddle through awards season wondering if we’ve seen the big winner yet, and waiting for Ang Lee to seize the moment at the New York Film Festival with his PTSD drama “Billy Lynn’s Long Halftime Walk,” or Warren Beatty to do so at the AFI Fest with “Rules Don’t Apply,” or Martin Scorsese to knock us out with “Silence” whenever he finishes it, or Denzel Washington to do it with the Broadway drama “Fences,” or Ben Affleck to upend at the last minute with his Dennis Lehane adaptation “Live by Night.”

Questions about the 2016 awards season, though, all start with the elephant in every room: “The Birth of a Nation,” which back at the Sundance Film Festival was supposed to be the sensation of 2016 and the awards movie that would show #OscarsNotSoWhiteAfterAll.

But the film that might have been a de facto front runner, notwithstanding plenty of murmurs that it was overrated at Sundance, has been derailed by the details of co-writer/director/star Nate Parker’s 17-year-old rape charge. Unless it can somehow manage to be such a spectacular festival hit that voters are willing to overlook the fact that they heard the director talk about rape before they ever saw his movie, it has quickly gone from (possible) top dog to (potential) dead duck.

(And there’s still something creepy about discussing the aftermath of a terrible situation in terms of its impact on the Oscars, so we’ll leave this one aside from here on in.)

Certainly, Oscar-worthy movies have already screened this year, either theatrically or at festivals: “Weiner” and “Life, Animated” in the documentary category, “Zootopia” and “Kubo and the Two Strings” in animation, “Neruda” and “Toni Erdmann” in foreign language.

And even in the Best Picture category, Kenneth Lonergan’s Sundance favorite “Manchester by the Sea” is a richly deserving slow burner with a shattering lead performance by Casey Affleck. It’s the most deserving nominee I’ve seen this year, though its understatement might make it a harder sell to some Academy voters than it deserves to be.

My second should-be-a-nominee is more of a longshot, because foreign language films rarely land in the Best Picture category — but Maren Ade’s “Toni Erdmann,” the best-reviewed movie since people started keeping track at Cannes, is a funny, moving delight that ought to be in the running but might have to settle for the foreign race.

Otherwise, I don’t see any best-pic contenders among this year’s releases so far, despite the presence of terrific films like Richard Linklater‘s loose-limbed “Everybody Wants Some!!” and Jim Jarmusch‘s quiet Cannes entry “Paterson.” So when you look at the biggest contenders for the top Oscars, you’re looking largely at films that will screen in Venice, Telluride, Toronto and later.

On the Movie City News website, a collection of Oscar pundits dubbed the Gurus of Gold (to which I am a contributor) have chimed in with their pre-fest predictions; their top three films are “Manchester by the Sea,” “Billy Lynn’s Long Halftime Walk” and “La La Land,” in that order. “Arrival” and “Fences” are next, followed by “Silence,” Jeff Nichols‘ subtle interracial drama “Loving,” Barry Jenkins’ African-American coming-of-age drama “Moonlight,” the Jeff Bridges genre flick “Hell or High Water” and Ben Younger’s boxing story “Bleed for This.”

For the record, last year’s initial musings from the Gurus flagged all the eventual Best Picture nominees except “The Big Short,” along with lots of other films that ended up not making the cut.

From this vantage point (and I’m writing this not having seen the majority of those films), I don’t really trust the awards chances of “Hell or High Water,” “The Birth of a Nation,” “The Light Between the Oceans” and “Sully.” I’m intrigued by whether “La La Land,” “Manchester” and “Billy Lynn” will connect, and I’d bet that one or more of “Fences,” “Moonlight,” “20th Century Women,” “Miss Sloan,” “The Queen of Katwe” and “Snowden” will resonate with voters.

And I’d put Martin Scorsese, Warren Beatty and Ben Affleck in that last category too, as potential Oscar-wooers just waiting in the wings.

If I had to guess right now, I’d stick “Billy Lynn” atop my list of predictions, and then slot “Fences,” “La La Land,” “Silence,” “Rules Don’t Apply,” “Arrival,” Manchester by the Sea,” “Moonlight,” “Miss Sloan” and “The Queen of Katwe” into the other potential Best Picture slots.

But if I had to guess right now, I really would be doing just that: guessing. Ask me again in two weeks and I’m sure I’ll tell you differently. And ask me in four months and you’ll get something else entirely.

But here we go. The Venice Film Festival begins on Wednesday. Telluride starts Friday. Toronto kicks off on Sept. 8.

The movie year started slowly, but awards season is here.