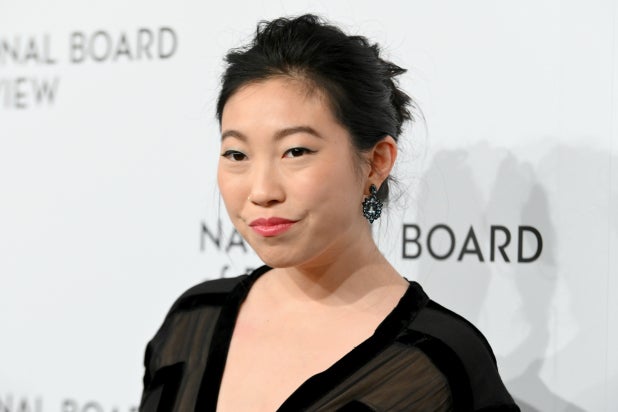 She’s been a rapper, a pickpocket and a crazy rich Asian, now Awkwafina is set to play an ass-kicking detective destined to save the world.

Awkwafina, who most recently starred in Lulu Wang’s “The Farewell,” is set to star in the fantasy adventure adaptation of “The Last Adventure of Constance Verity,” based on the book of the same name by A. Lee Martinez.

Legendary Entertainment announced on Tuesday that it has acquired the rights to adapt the book from a spec script by John Raffo (“Dragon: The Bruce Lee Story”).

Also Read: Awkwafina Had Doubts About Her Dramatic Turn in 'The Farewell': 'I Never Thought I'd See a Script Like This' (Video)

Martinez’s book follows Constance Verity who, for mysterious reasons, was thrust into a battle with the supernatural and has been saving the world since she was 7 — and she’s sick of it. She is a master of martial arts, a keen detective, and possesses a collection of strange artifacts. Constance has spent the past 28 years saving the world, but now all she wants is to work in an office, date a nice, normal guy and have friends.

In the book, Constance sets off on one last adventure to reset her destiny and become the one thing she’s never been: ordinary. The only problem is that saving the world is her destiny. She’s great at it, and there are forces at work to make sure she stays in the job.

Jon Silk will oversee the project alongside Jay Ashenfelter for Legendary Entertainment with Jon Shestack, who brought the project to Raffo and attached Awkwafina, serving as producer.

Shestack also produced  “Air Force One,” “Ghosts of Girlfriends Past,” Waiting,” and “Before I Fall.” He’s currently developing “Old Man’s War,” based on John Scalzi’s sci-fi drama, as an original film for Netflix.

In addition to her critical acclaim for the dramatic turn in “The Farewell,” Awkwafina has recently landed roles in upcoming films such as Marvel’s “Shang-Chi,” “The Little Mermaid,” and Ryan Murphy’s “The Prom.” She’ll next appear alongside Dwayne Johnson and Kevin Hart in “Jumanji: The Next Level.

Awkwafina is represented by UTA, Artists First, and attorney Isaac Dunham of Schreck Rose. Raffo is repped by APA and attorney Tanya Mallean.