Doesn’t look like the original Guns N' Roses will be reuniting any time soon … unless they get called as witnesses in court.

Axl Rose, the sole remaining original member of the band, and the GNR company countersued Live Nation Entertainment chairman Irving Azoff on May 17 for $5 million. The singer claims his former manager wanted to “force Rose into a position where he would have no choice but to reunite with the original members in a reunion tour.” 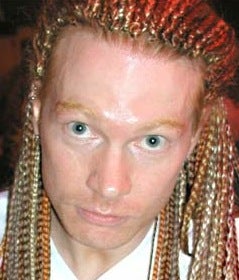 Azoff’s Front Line Management filed a $1.8 million suit in late March against Rose, the band and subsidiary companies. Azoff claimed breach of an “oral agreement” to pay a 15 percent commission on “in excess of $12,470,000 in monies that defendants received and/or earned on connection with performances in Taipei, Seoul, Japan, Canada and South America."

Fronted by Rose, Guns N’ Roses were one of the most notorious and best-selling hard-rock bands of the late 1980s and '90s. The original lineup called it a day in the mid-‘90s, with Rose retaining the legal right to the band’s name while guitarist Slash, who recently released a best-selling solo album, and bassist Duff McKagan went on to form Velvet Revolver with former Stone Temple Pilots singer Scott Weiland until 2008. 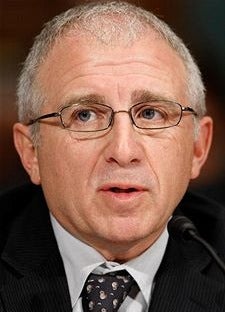 In his 28-page response, “one of rock’s all-time greatest front-men,” as the document calls Rose, lambasts Azoff, who also manages the Eagles and Van Halen, among others, for a series of what are politely called “false promises.”

Rose claims that Azoff knee-capped the release and promotion of GNR’s 13-years-in-the-making “Chinese Democracy” album when it came out in late 2008, dangled a fake tour with Van Halen and engaged in a long-term “plan to sabotage and set up the band for failure.”

“Upon realizing he couldn’t bully Rose and accomplish his scheme,” Axl’s lawsuit claims, “Azoff resigned and abandoned Guns N' Roses on the eve of a major tour, filing suit for commissions he didn’t earn and had no right to receive.”

"I’m not going to make an official comment,” Skip Miller, Rose's attorney, told TheWrap, "except to say it is before the court now, and it eventually it will go to trial, which we expect to be set within about a year."

“This is truly a case of Mohammad and the mountain,” one music industry insider who has worked with both Rose and Azoff told TheWrap. “They’re both the type to fight this to death.”

The pugilistic Rose certainly seems to want to land a TKO against Azoff with some bigger-picture impact.

Strategically, his suit also notes Azoff’s role in the contentious merger of promoter Live Nation and Ticketmaster, which the manager served as CEO and the Department of Justice’s “stringent consent degree which precluded the newly merged entity including Azoff from, among others, abusing its position in the market to impede competition.”

In fact, Rose confirms many of the worst fears of those who opposed the merger as unduly dominating the industry. “Azoff decides and manipulates what artists he wants to promote through favorable touring deals,” Rose’s suit states. “He uses his power to punish artists and harm their careers if they do not follow his orders.”

The countersuit was first reported by the Hollywood Reporter.