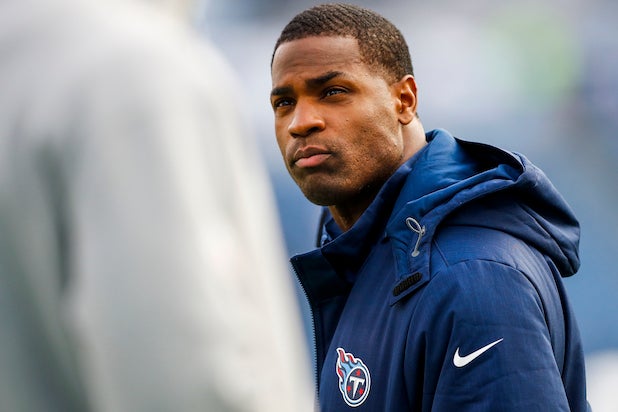 AXS TV is truck-sticking its way into the fantasy football space with its new series, “All AXS Fantasy Football,” which has been ordered and fast-tracked for a premiere this Sunday, TheWrap has learned exclusively. Former Dallas Cowboys, Philadelphia Eagles and Tennessee Titans running back DeMarco Murray will star on the series hosted by Dave Farra.

Joining them on the team are former NFL quarterback Jordan Palmer, fantasy expert Matt Brown, and TV and radio personality Gill Alexander, among others. The series is produced by Farra | FoxDog Productions.

“All AXS Fantasy Football” will air Sundays through the end of the football season, beginning at 12 p.m. ET/9 a.m. PT — an hour before the early NFL games kick off. The show will be beamed live from its set at the South Point Hotel in Las Vegas.

“All AXS Fantasy Football” will cover all types of fantasy football leagues and will not be platform-specific. In addition to offering their own opinions on who to play and who to sit each week, the show’s roundtable panel of experts will take fan questions live via Twitter.

“Farra | Foxdog Productions is excited to continue our successful partnership with Anthem, as we begin production on ‘All AXS Fantasy Football’ for AXS TV,” said Farra, president of Farra | Foxdog Productions, Inc. “Our company has a strong track record of creating a wide array of top-quality multimedia sports content, made by and for diehard sports fans. We look forward to bringing our deep understanding of all things sports to ‘All AXS Fantasy Football,’ as we help build a one of a kind viewing experience that fantasy football enthusiasts are sure to enjoy.”

“This program will blend Anthem’s expertise in creating sports information programming with AXS TV’s broad reach into the music and entertainment communities to produce a unique program that will offer a creative approach to a highly popular genre: fantasy sports programming,” said Len Asper, CEO of Anthem Sports & Entertainment, AXS TV’s parent company. “This is the exact kind of powerful combination the partners in AXS TV envisioned when we brought these companies together.”