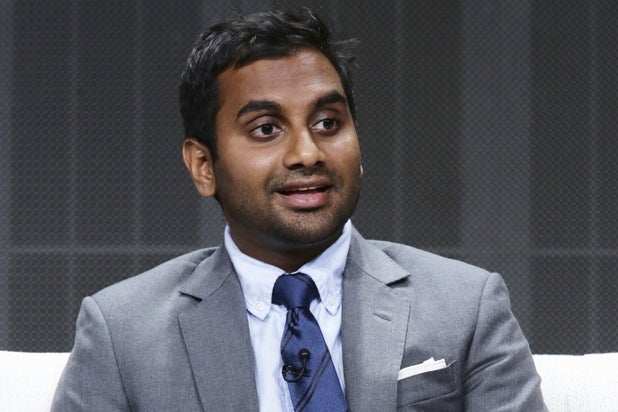 There’s nothing funny about the rhetoric coming out of presidential contender Donald Trump’s mouth, as far as Aziz Ansari is concerned.

The “Master of None” funnyman got serious for a New York Times op-ed piece published Friday, saying Donald Trump’s “hate speech” makes him “afraid for my family.”

“Today, with the presidential candidate Donald J. Trump and others like him spewing hate speech, prejudice is reaching new levels,” Ansari, the son of Muslim immigrants, wrote. “It’s visceral, and scary, and it affects how people live, work and pray. It makes me afraid for my family. It also makes no sense.”

Ansari said that, while being Muslim American “already carries a decent amount of baggage,” the shooting at an Orlando, Florida, nightclub this month — during which Omar Mateen fatally shot dozens of people — has made things even more tense.

As the actor sees it, the Muslim-American population as a whole shouldn’t be branded because of the actions of a minuscule minority.

“There are approximately 3.3 million Muslim Americans. After the attack in Orlando, The Times reported that the F.B.I. is investigating 1,000 potential ‘homegrown violent extremists,’ a majority of whom are most likely connected in some way to the Islamic State. If everyone on that list is Muslim American, that is 0.03 percent of the Muslim American population. If you round that number, it is 0 percent,” Ansari calculated.

“The overwhelming number of Muslim Americans have as muchoot up movie theaters or schools or abortion clinics.”

Ansari went on to single out the “vitriolic and hate-filled rhetoric coming from Mr. Trump,” taking issue with Trump’s previous claim that those in the American Muslim community “know who the bad ones are.”

“Not only is that wrongheaded, but it also does nothing to address the real problems posed by terrorist attacks. By Mr. Trump’s logic, after the huge financial crisis of 2007-08, the best way to protect the American economy would have been to ban white males,” Ansari wrote.