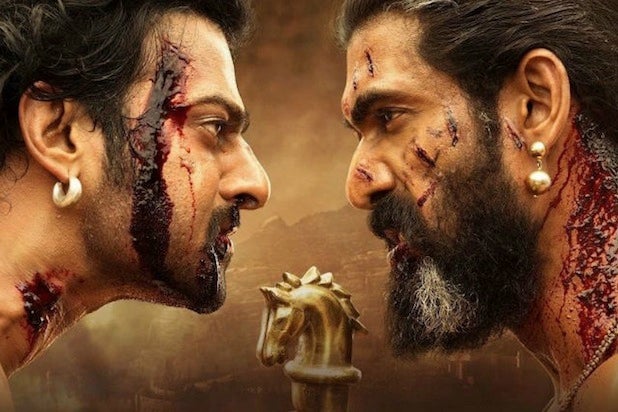 With the Big Six studios taking things easy before the summer film season takes flight, this weekend’s box office saw one Bollywood blockbuster get unexpected levels of traction in the United States.

That film is “Baahubali 2: The Conclusion,” the sequel to the 2015 film “Baahubali: The Beginning,” which was the first film from South India to gross $100 million worldwide and today ranks as the third-highest grossing film in Bollywood history.

The first film made $1.4 million in its opening weekend in the U.S. and went on to finish with a $6.7 million cume. “Baahubali 2” has blown by that total, racking up an estimated opening weekend of $10.1 million from just 420 theaters. That’s an incredible per screen average of over $31,000.

Directed by S.S. Rajamouli and distributed by Great India Films, “Baahubali 2” continues the story of Shivudu, a young man who learns he is actually the long-lost son of the great king Amarendra Baahubali. Through flashbacks, the film picks up from its predecessor’s cliffhanger ending, in which Shivudu discovered his father was assassinated by Kattappa, the King’s loyal slave and the man who revealed to Shivudu who he truly is.

Also Read: 'Guardians of the Galaxy Vol. 2' Blasts Off to $101 Million Overseas Opening

The sequel continues Amarendra’s story, showing how his reign came to an end at the hands of treachery and how Shivudu was spirited away from those who would do him harm. It is then up to Shivudu to avenge his father and claim the throne that is his birthright. The cliffhanger ending left fans of the original wondering why Kattappa killed the King and has been credited with increasing interest in the sequel among Indian-American audiences.

Other new releases this week include BH Tilt and WWE Studios’ “Sleight,” which hit its projection target with an estimated opening of $1.69 million from 565 screens, giving it a solid PSA of just under $3,000. “Sleight” stars Jacob Latimore as Bo, a talented young street illusionist who moonlights as a cocaine dealer to make ends meet for himself and his sister after the death of their parents. But after his relationship with his seemingly paternal drug boss Angelo (Dule Hill) takes a turn for the worse, Bo has to use his skills as a magician, including an extremely unusual ability he gave himself by mutilating his body, to escape Los Angeles with those he loves.

Also Read: WWE Studios Hopes to Jump Out Of The Ring With Thriller 'Sleight'

Directed and co-written by newcomer J.D. Dillard and bought from Sundance in 2016, the film has received positive reviews with a 72 percent rating on Rotten Tomatoes. The $250,000 budget film was produced by co-writer Alex Theurer, along with Eric B. Fleischman and Sean Tabibian of Diablo Entertainment.