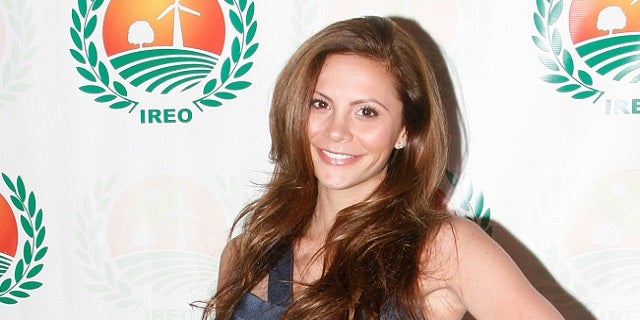 UPDATE: 4:16 p.m.: Mike Fleiss, the creator of the "Bachelor" franchise, called Allemand's death a "devastating loss," noting that the "entire 'Bachelor' family' is saddened" by her death.

“The entire 'Bachelor' family is tremendously saddened by the tragic passing of our friend, Gia. She was truly a sweet and generous soul," Fleiss said in a statement. "This is a devastating loss for anyone who ever knew her."

Gia Allemand, who had appeared on the ABC reality shows "The Bachelor: On the Wings of Love" and "Bachelor Pad," has died following hospitalization earlier this week. She was 29.

According to a spokeswoman for Allemand, the model was found in her home by her boyfriend, NBA player Ryan Anderson, following an apparent suicide attempt. Anderson called 911, she was transported to the hospital and placed on life support.

Allemand was taken off of life support on Wednesday due to "a critical loss of brain and organ function," the representative said.

"Ms. Allemand passed away peacefully with her mother, boyfriend, and other life-long friends by her side. As a practicing Christian, Gia did receive the sacrament of last rites," the spokeswoman said. "Loved ones and fans will remember Gia Allemand as a caring woman who loved her family and was well-known for her compassion towards animals and mission to rescue homeless pets."

"This is very sad news to hear about: When I was booking her on her appearances after the show she was always full of life and great to work with," Allemand's agent, Mike Esterman, told TheWrap in a statement.

Allemand was taken to University Hospital in New Orleans Monday night after suffering "a serious emergency medical event" of an undisclosed nature, her representative told TheWrap in a statement, and was listed in critical condition.

Allemand's mother and her long-term boyfriend, Ryan Anderson of the NBA's New Orleans Pelicans, were at her side at the hospital.

"On behalf of the family, we kindly ask for privacy at this time," a representative for Allemand said in a statement following her hospitalization.

Jake Pavelka, who served as the Bachelor on the season Allemand appeared on, tweeted on Wednesday that the world had "lost an angel."

"I had to pull over, I can't stop crying. We have lost an angel," Pavelka wrote.