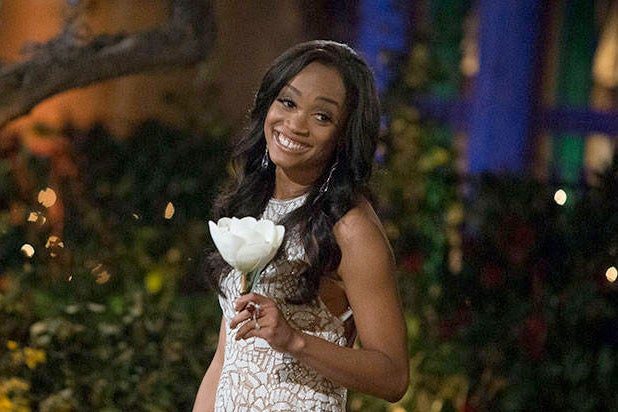 If you tuned in to see Rachel Lindsay hand out her roses last summer, “Bachelor” franchise creator and executive producer Mike Fleiss likes you. If not, well, you probably aren’t one of his favorite people right now.

Fleiss said he wasn’t pleased with the dip in TV ratings “The Bachelorette” took when the show’s very first African-American lead was running the mansion. And he wasn’t thrilled with what that change might say about Bachelor Nation as a whole.

“I found it incredibly disturbing in a Trumpish kind of way,” Fleiss told the New York Times in an interview published Friday. “How else are you going to explain the fact that she’s down in the ratings, when — black or white — she was an unbelievable bachelorette? It revealed something about our fans.”

Fleiss is hoping that fans are more open to diversity come ABC’s “Bachelor Winter Games,” which will roll out at the same time as the Peacock’s broadcast of the 2018 Winter Olympics. The show will include contestants from the franchise’s domestic and international editions in a “Bachelor in Paradise” set up.

“I’m raring to try it again,” Fleiss told the Times about bringing in another non-Caucasian lead. “I think it’s important.”

If you were wondering who specifically wasn’t turning up for Lindsay’s season you can blame millennials (as some people do for everything).

Also Read: 'The Bachelor:' Winning the First Date Rose Might Not Be as Good as You Think

In the 18-34 demographic’s TV ratings, “The Bachelorette” was down 24 percent year over year last June, with a 1.9 versus the previous summer’s 2.5. Among men of that age range, the decline was an even 25 percent, with women clocking in at minus 22 percent.

That means those born between 1983 and 1999 are departing the ABC series more than any other age range, right as fans finally got their first African-American bachelorette. So much for our most progressive generation.

Elsewhere, Lindsay’s season was down 15 percent from 2016 in the advertiser-coveted 18-49 demographic, with a 2.2 average against its 2.6 benchmark.

Typically a hit summer series by any measure, Lindsay’s “Bachelorette” attracted 12 percent fewer total viewers versus Summer 2016, with Nielsen tallying 7.143 million overall eyeballs per episode, down from the prior run’s 8.108 million average. None of those are good, but the declines appeared modest next to the millennial runoff.